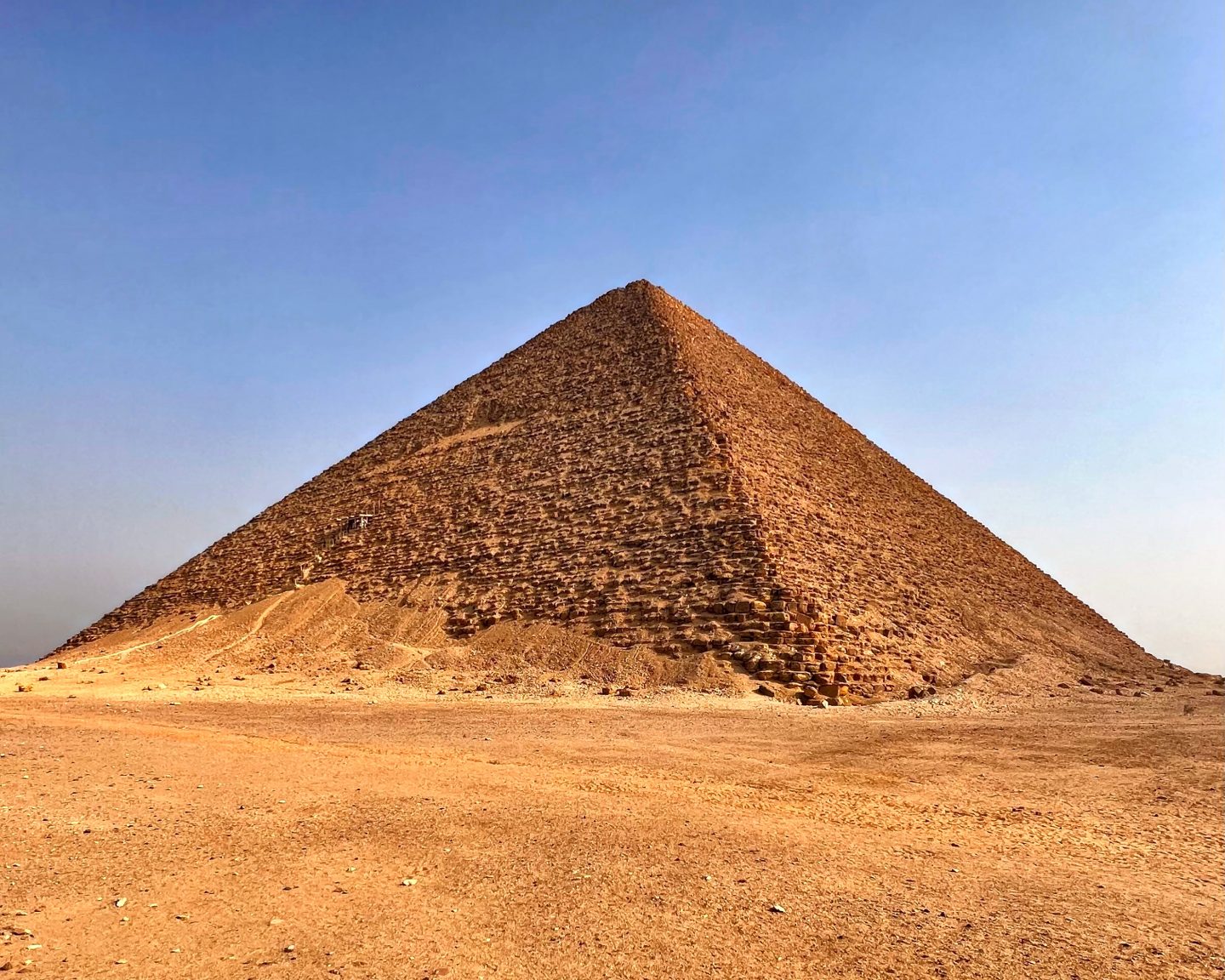 One of the best day trips from Cairo is visiting the pyramids of Dashur.  Dashur is a royal necropolis located in the desert on the west bank of the Nile 40 kilometers south of Cairo. It is known for its several pyramids, two of which belong to King Sneferu, the founder of the 4th dynasty, and father of King Khufu. The pyramids here are just as impressive as the ones at Giza, but the site is much more peaceful.

In this post, you will find everything you need to know for a visit to the Pyramids of Dashur. 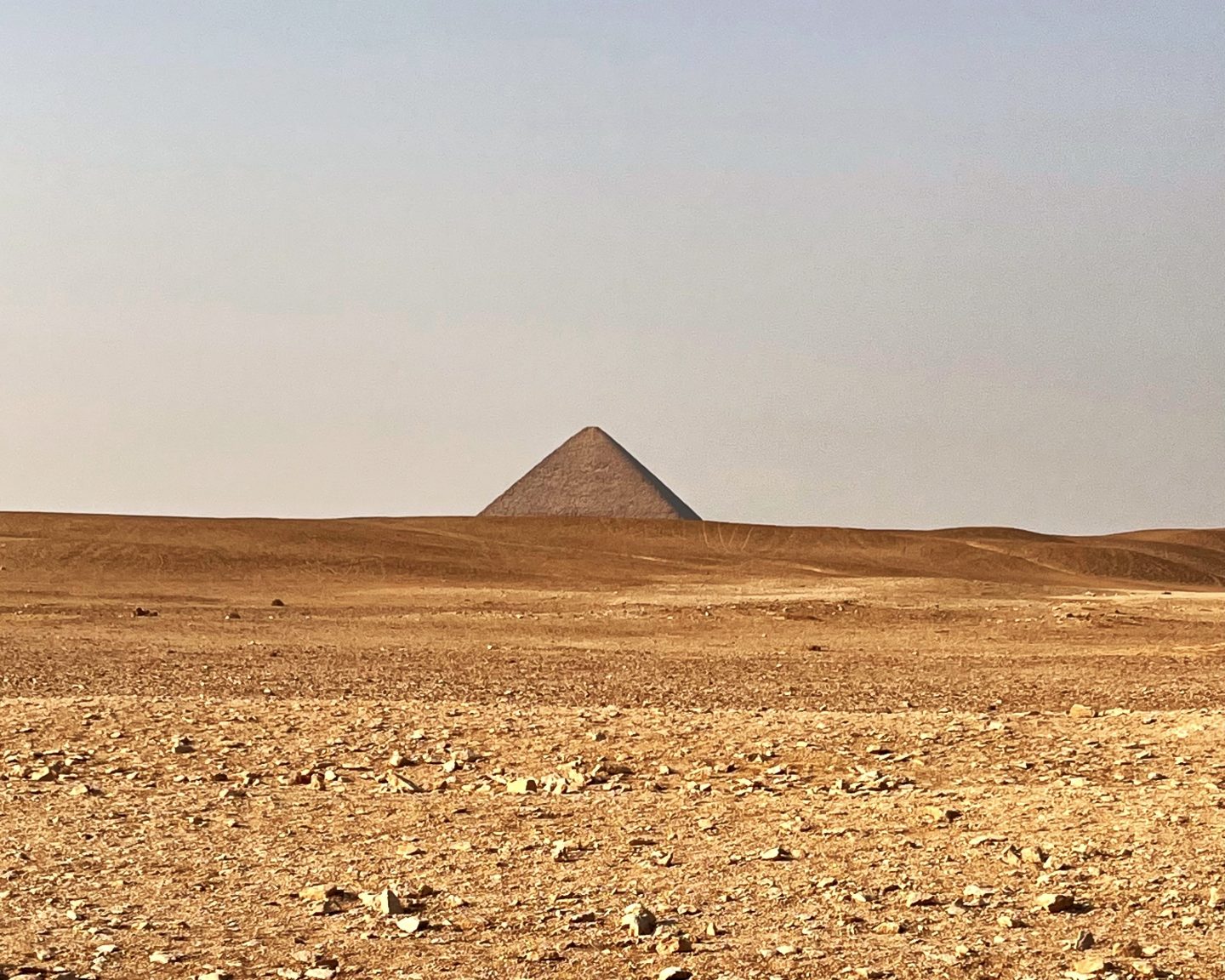 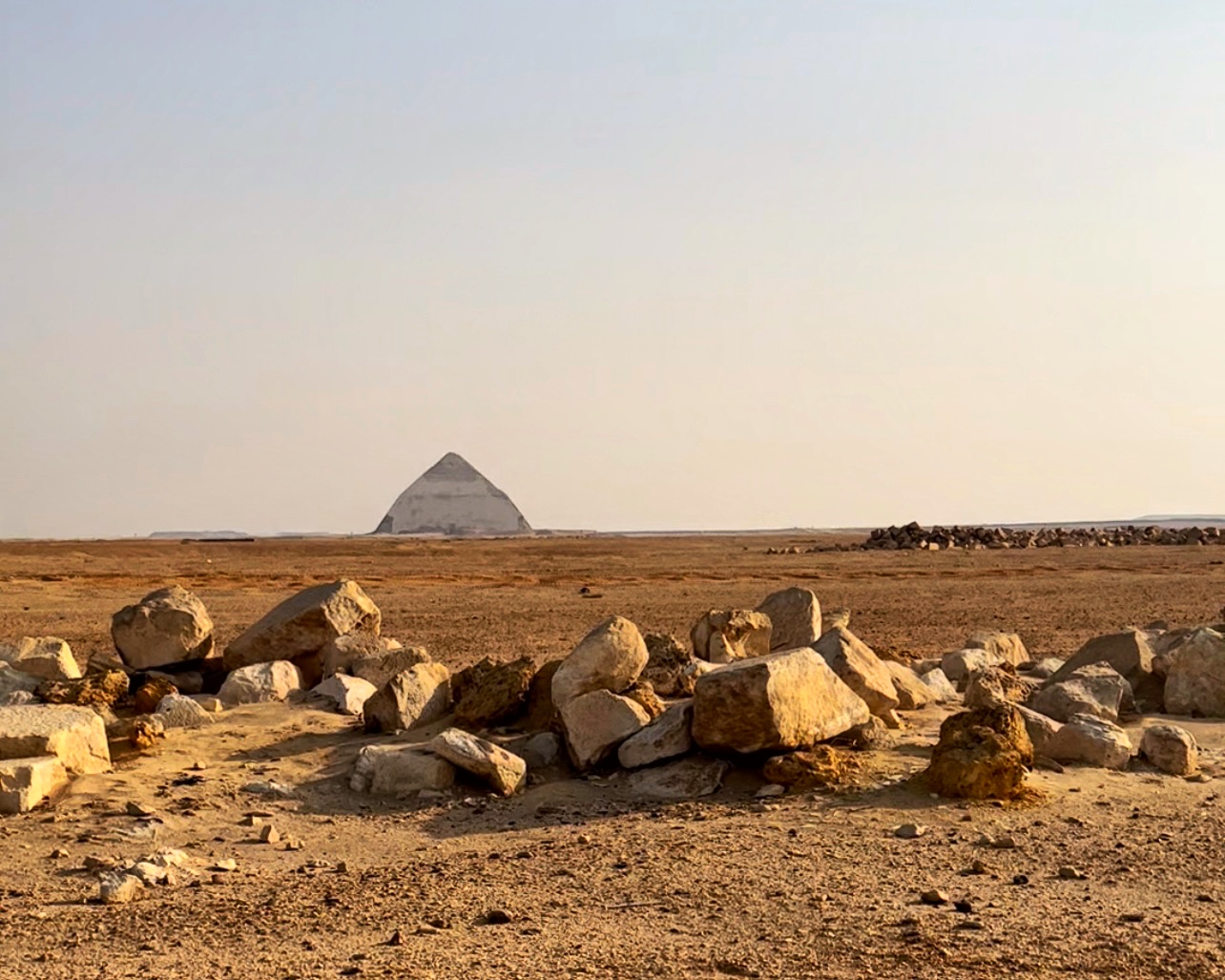 The Bent Pyramid was the first of the Dashur Pyramids constructed around 2600 BC under the reign of Sneferu. The pyramid is an archaeological wonder! Its bent shape is an example of the architectural experimentation the ancient Egyptians went through to build the later Red Pyramid, the Pyramids at Giza, and many others.

Trying to create a true smooth-sided pyramid, Sneferu’s architects began with the same steep angle and inward leaning courses of stone they used to create step pyramids. When this began to show signs of stress and instability around halfway up its eventual 105m height, they had to reduce the angle from 54 degrees to 43 degrees and begin to lay the stones in horizontal layers. This explains why the structure has an unusual shape that gives it its name.

The pyramid has several large chambers, low passageways, a long descent, and an enclave of bats inside. We admired the Bent Pyramid from the outside. 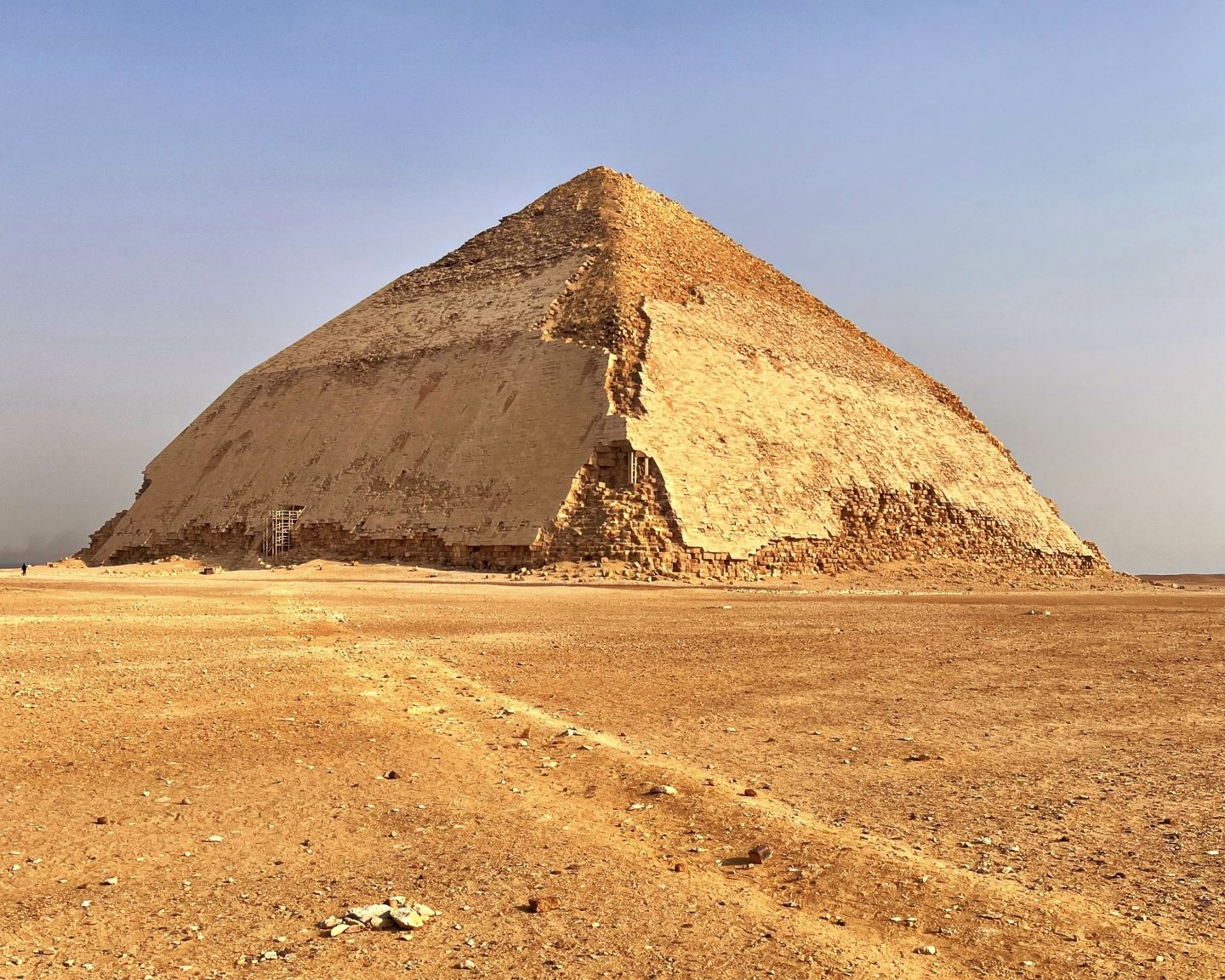 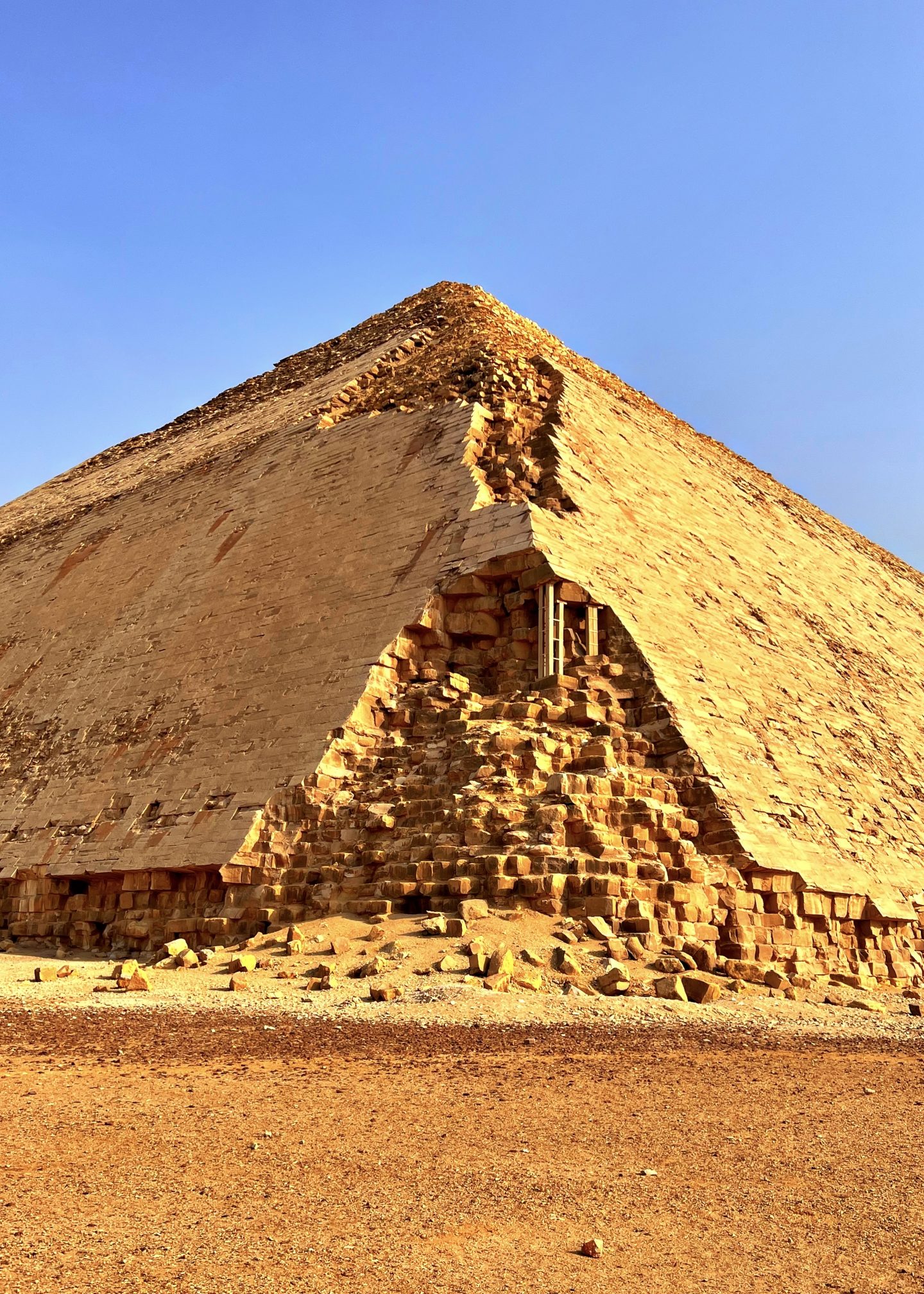 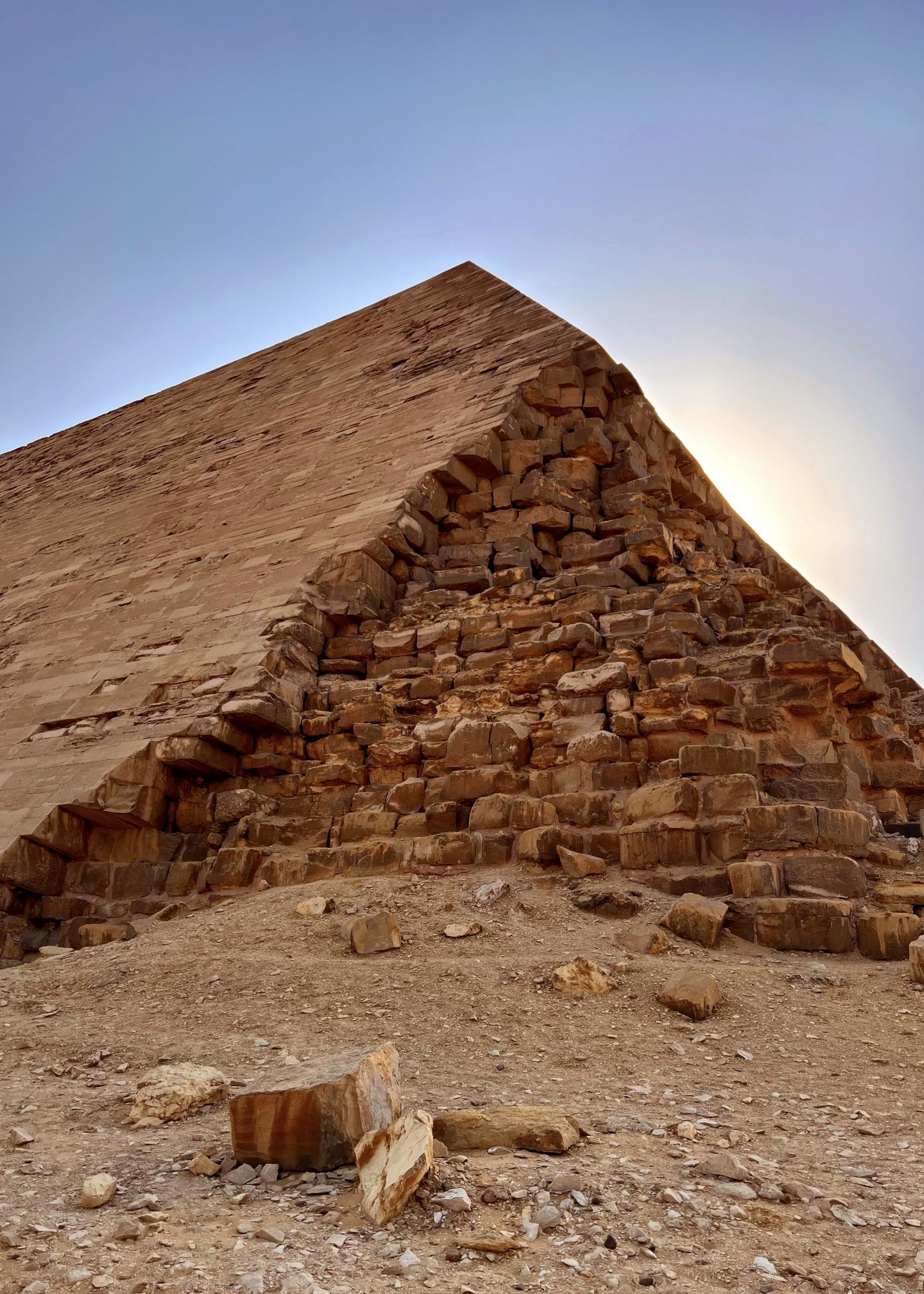 The Red Pyramid is the world’s oldest true pyramid, it derives its name from the red tones of its weathered limestone after the better-quality white limestone casing was removed. The architects had learned from their experiences building the deformed Bent Pyramid, so carried on where they had left off, building the Red Pyramid at the same 43-degree angle as the Bent Pyramid’s more gently inclining upper section.
You can enter the Red Pyramid by going up 125 extremely steep steps up, then down again via a 63m long passageway into two antechambers with 12m high corbelled ceilings and a 15m high corbelled burial chamber in which human remains, possibly of Sneferu himself were found.

We recommend entering the Red Pyramid, there are way fewer people going down than at the Giza Pyramids, which makes it easier to take a break. We were the only ones there. 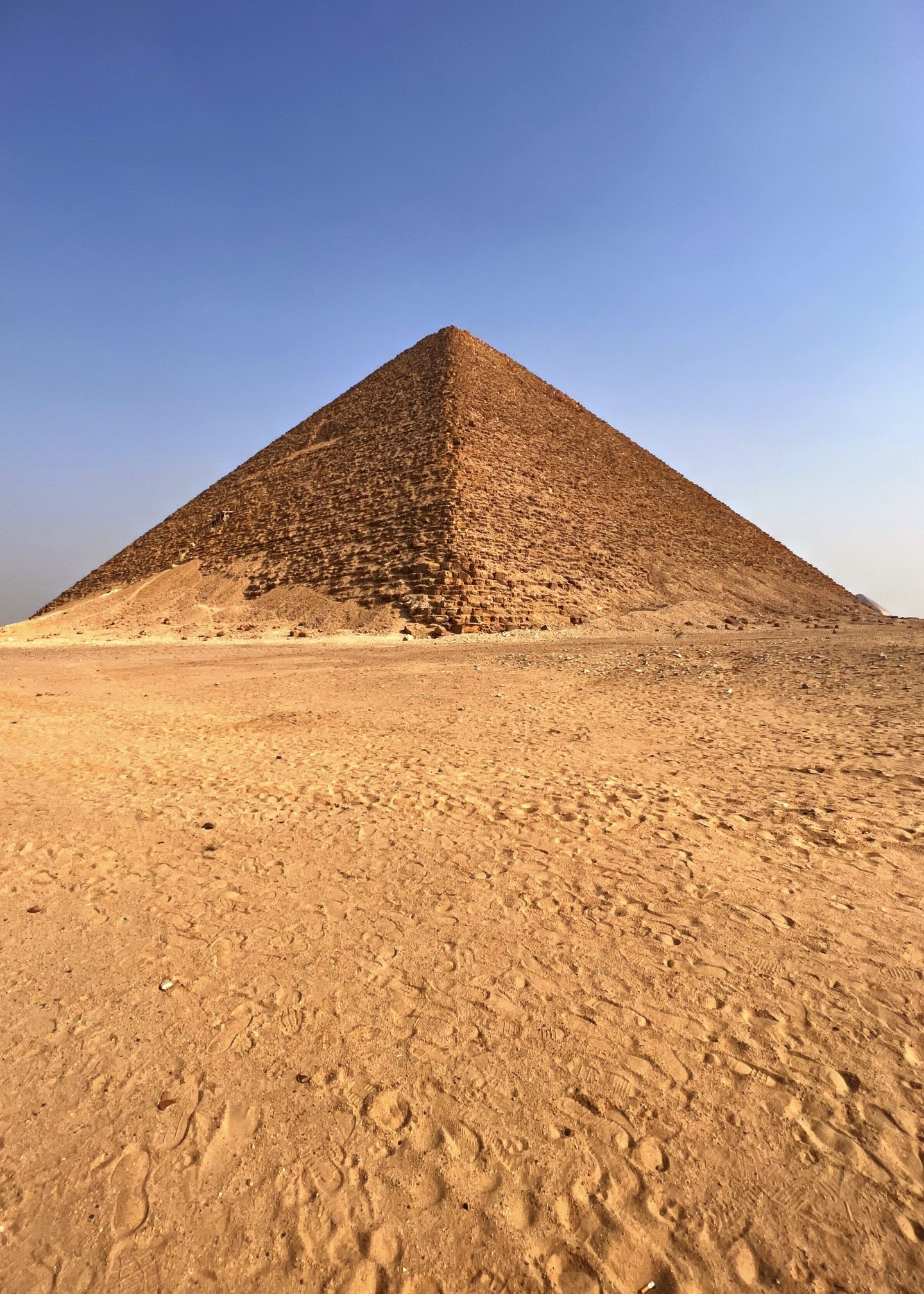 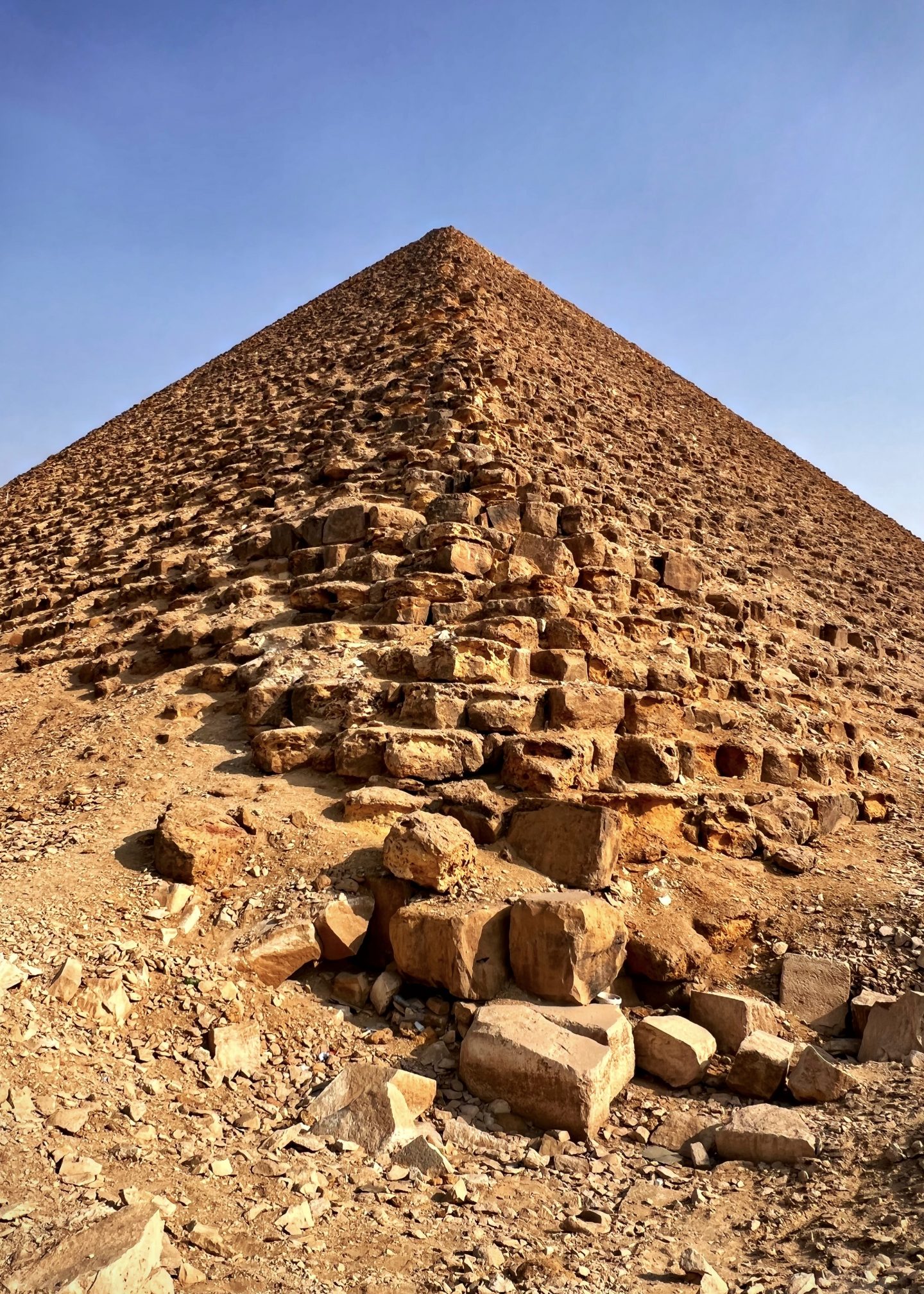 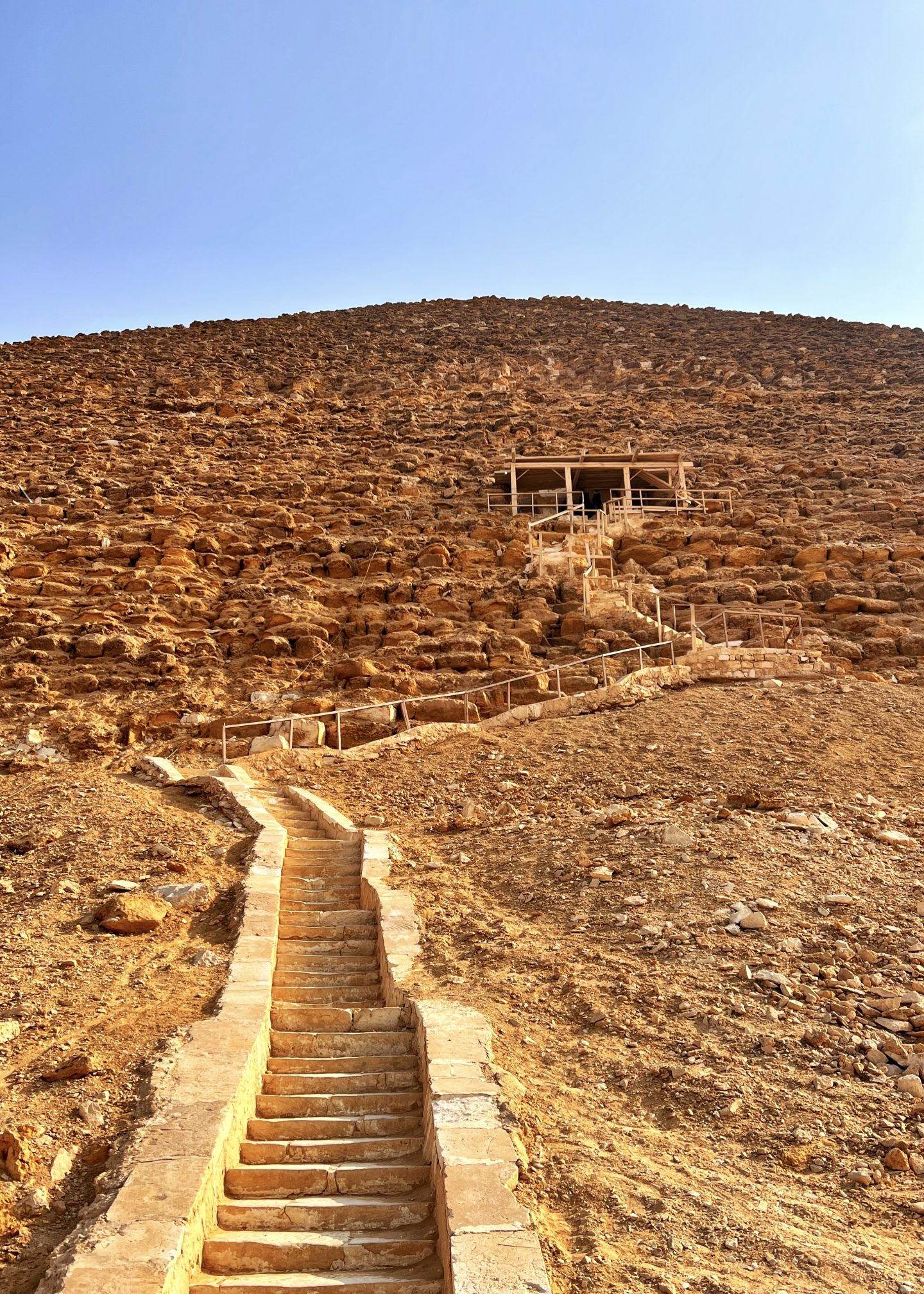 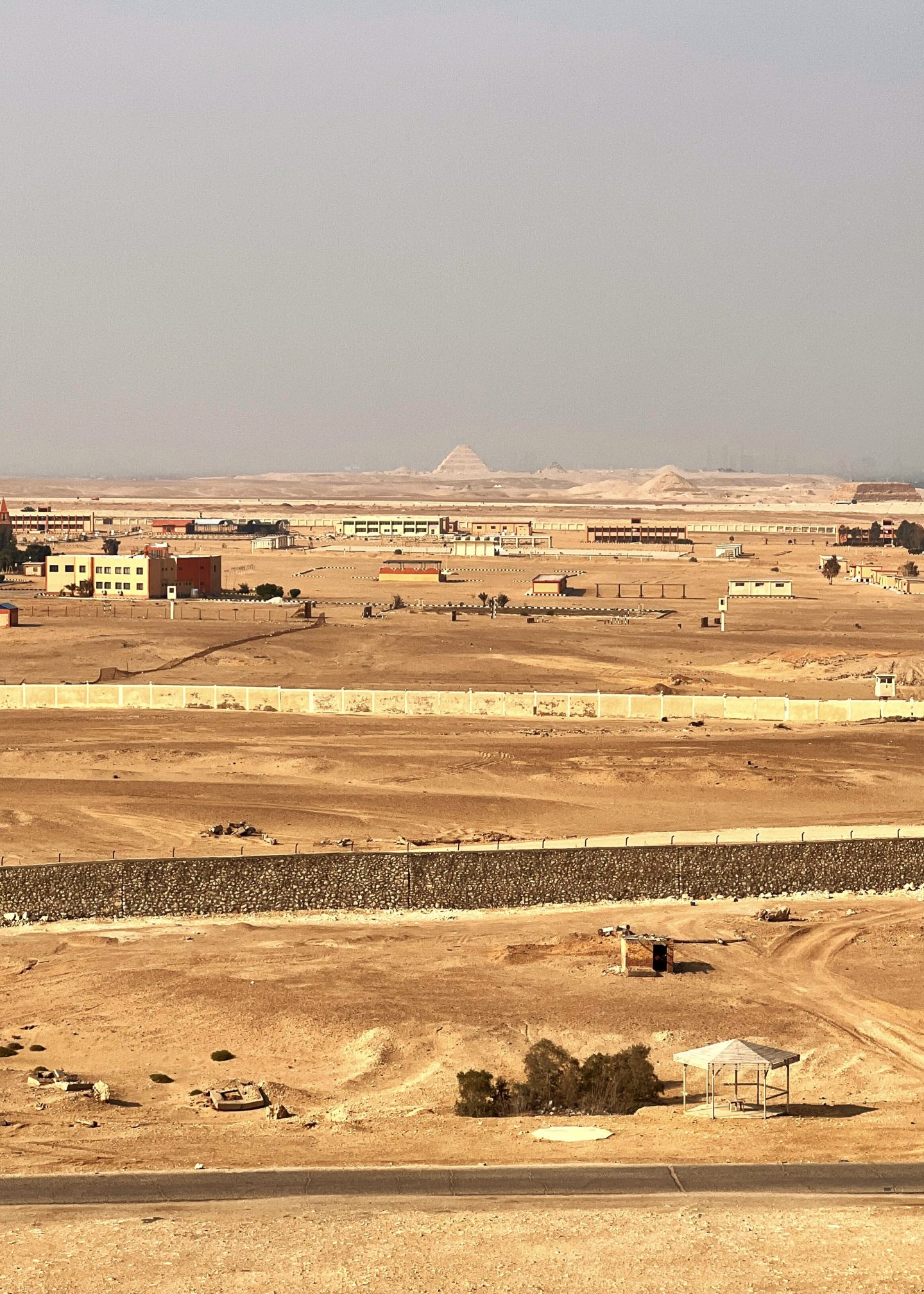 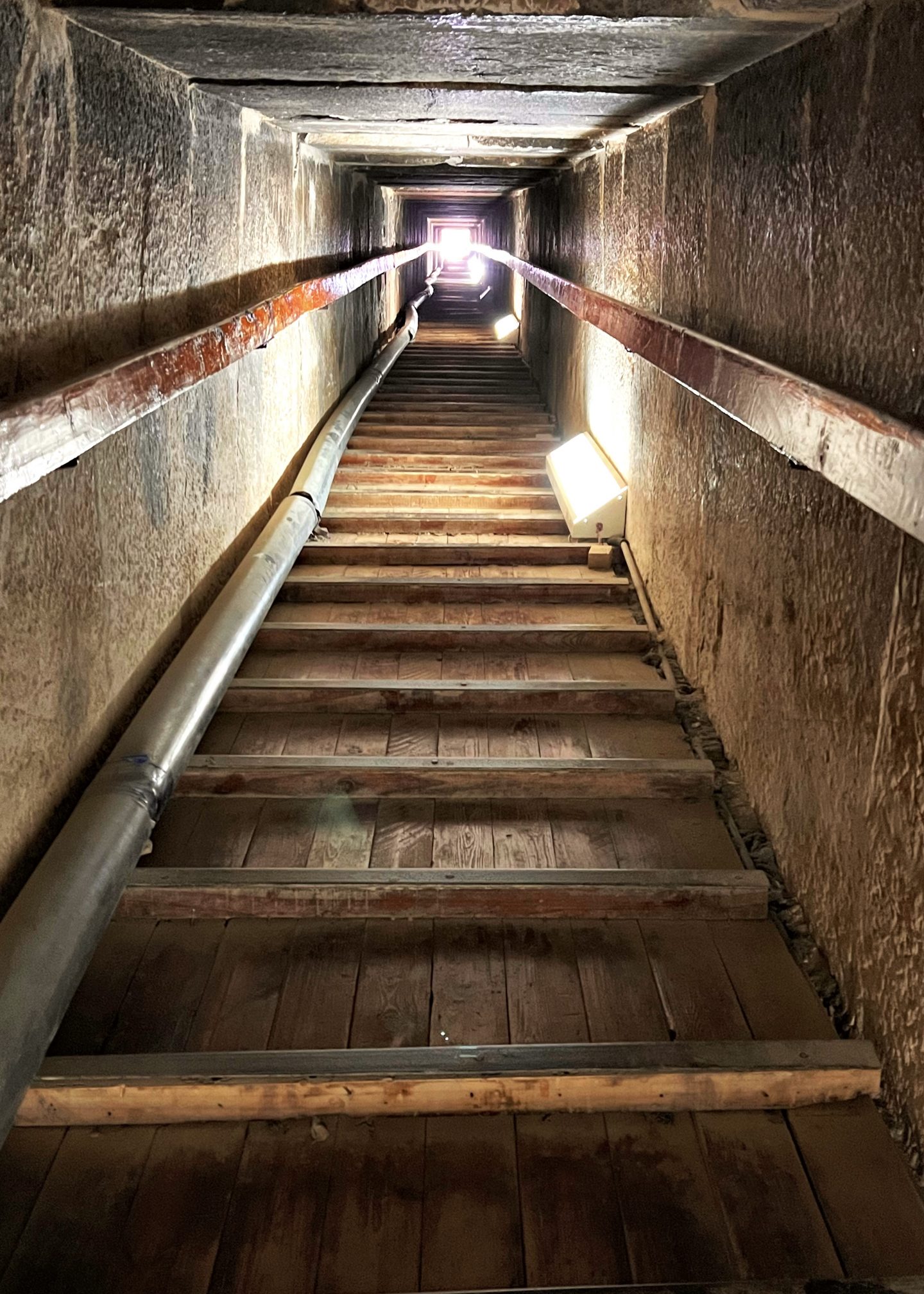 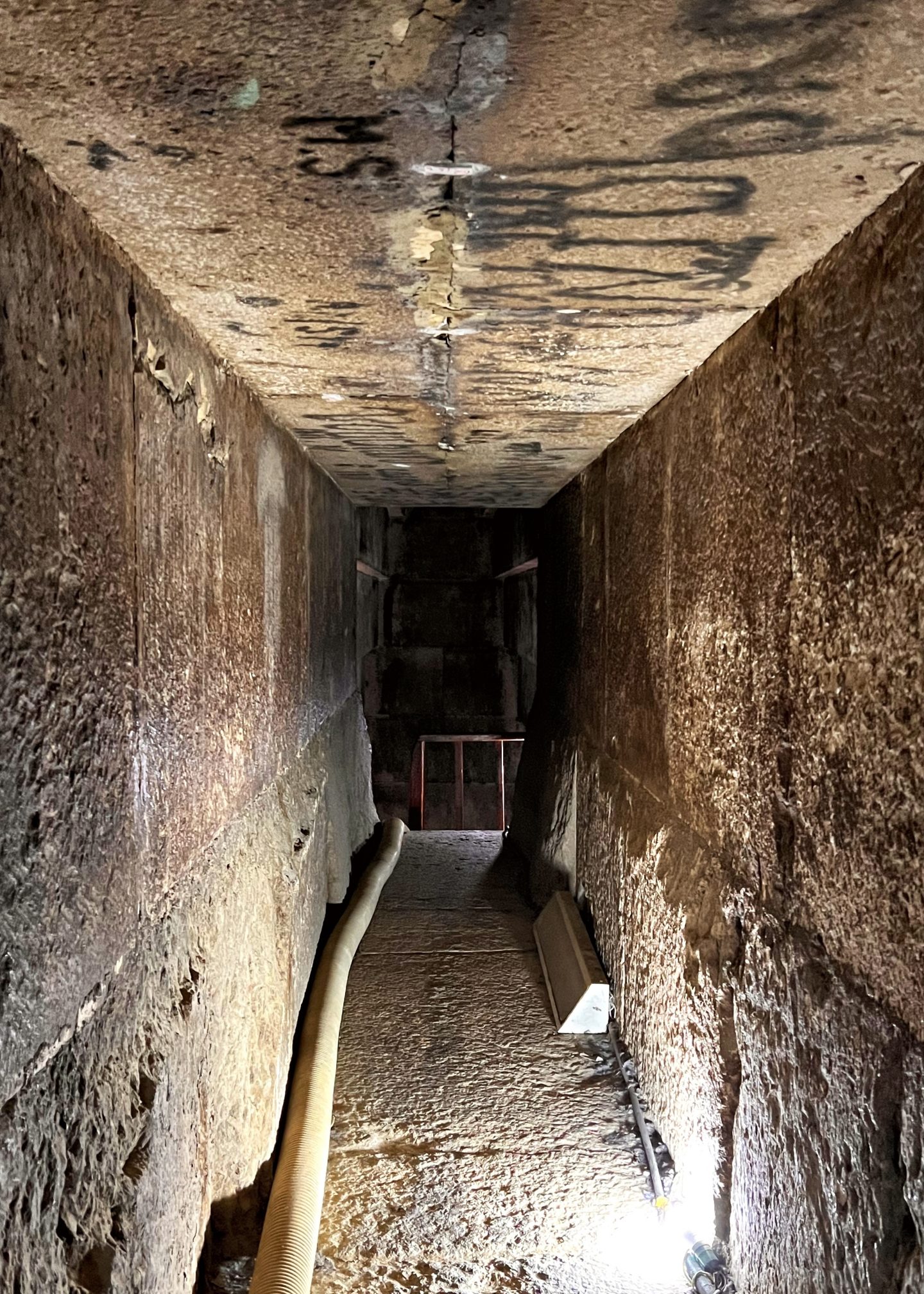 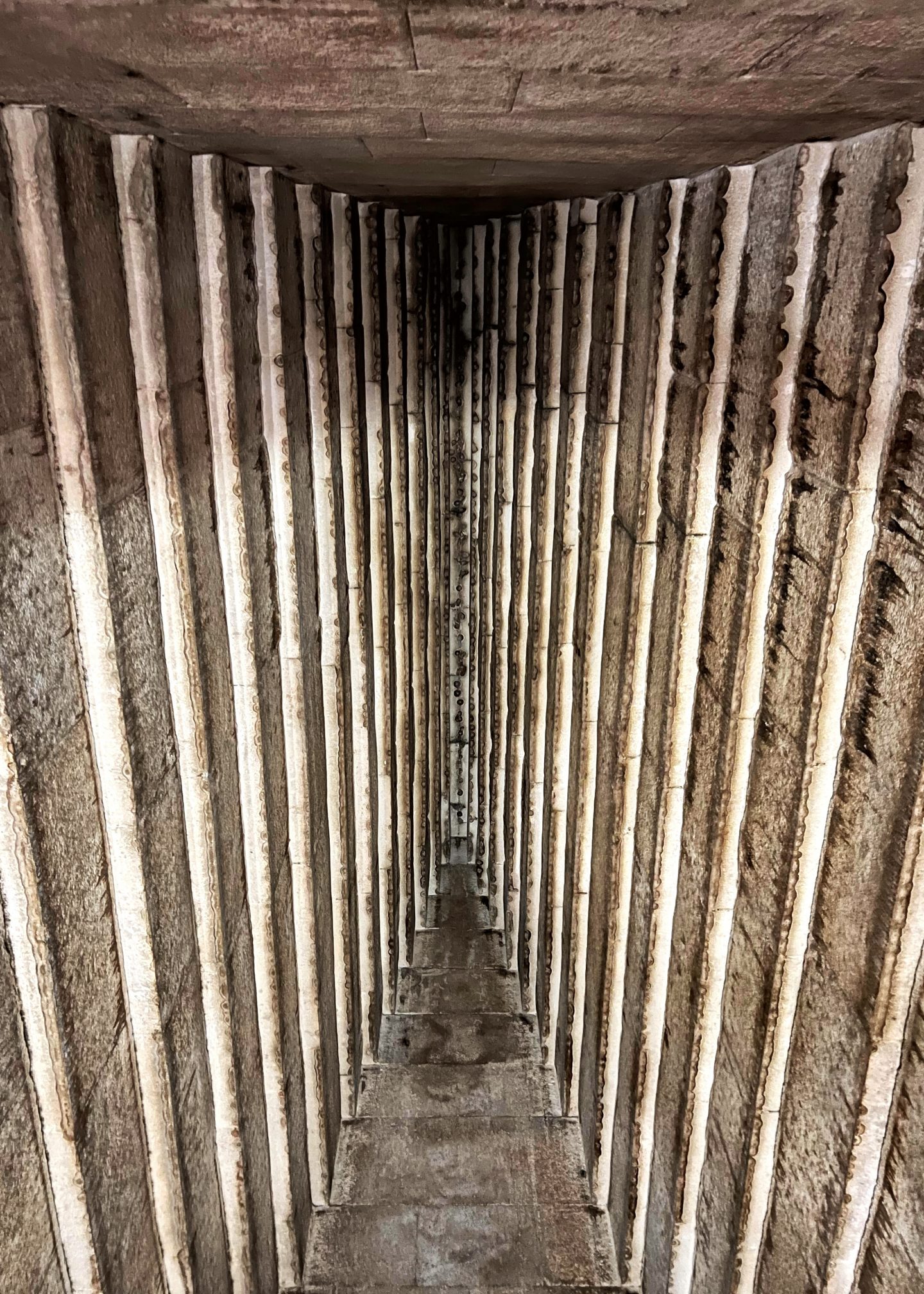 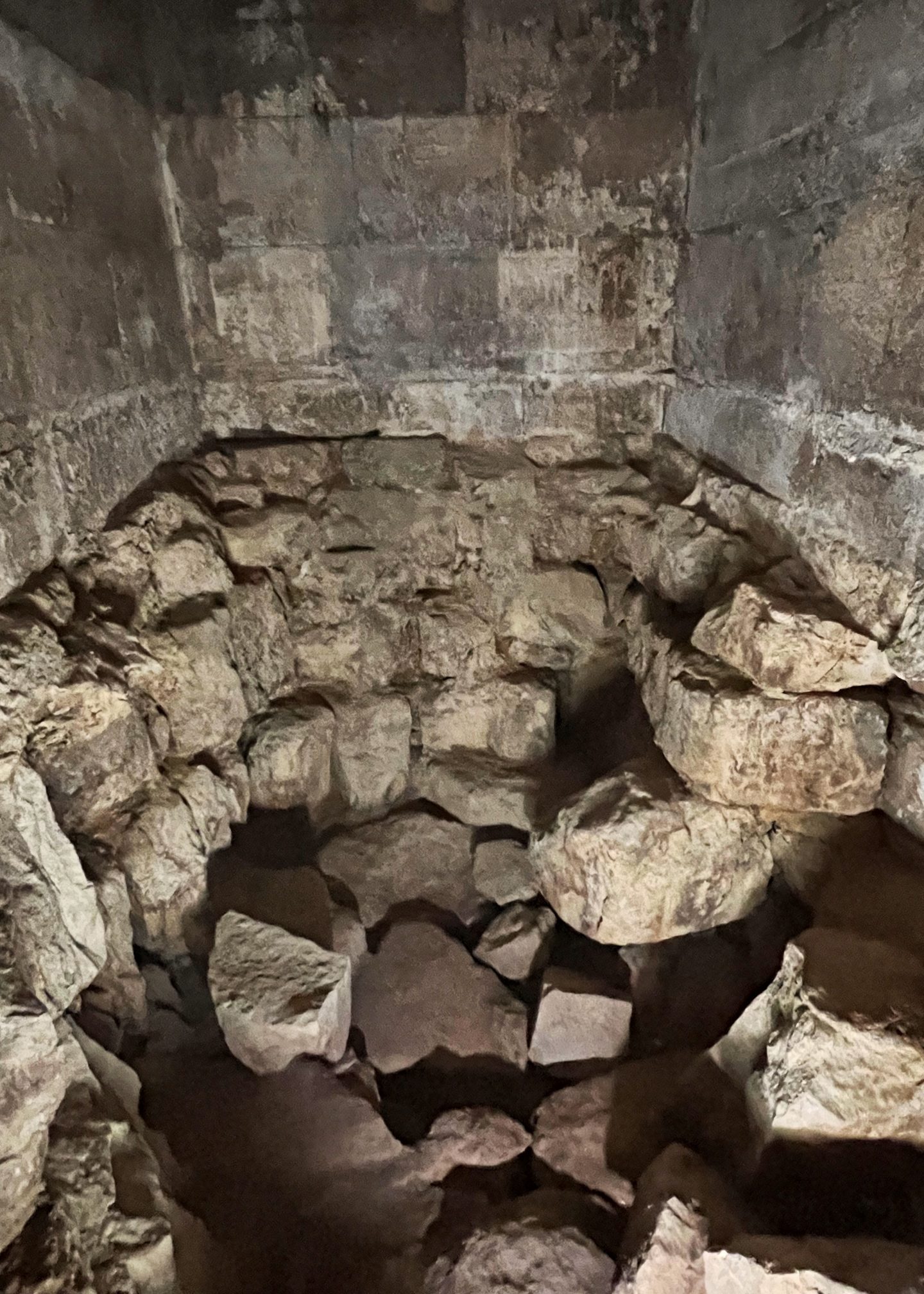 You can only look at this pyramid from the parking area by the Bent Pyramid. The oddly shaped, the tower-like pyramid was built by Amenemhat III but has completely collapsed. The mudbrick remains contain a maze of corridors and rooms designed to deceive tomb robbers. Thieves did manage to get inside the burial chambers but left behind several precious funerary artifacts that were discovered in 1993. 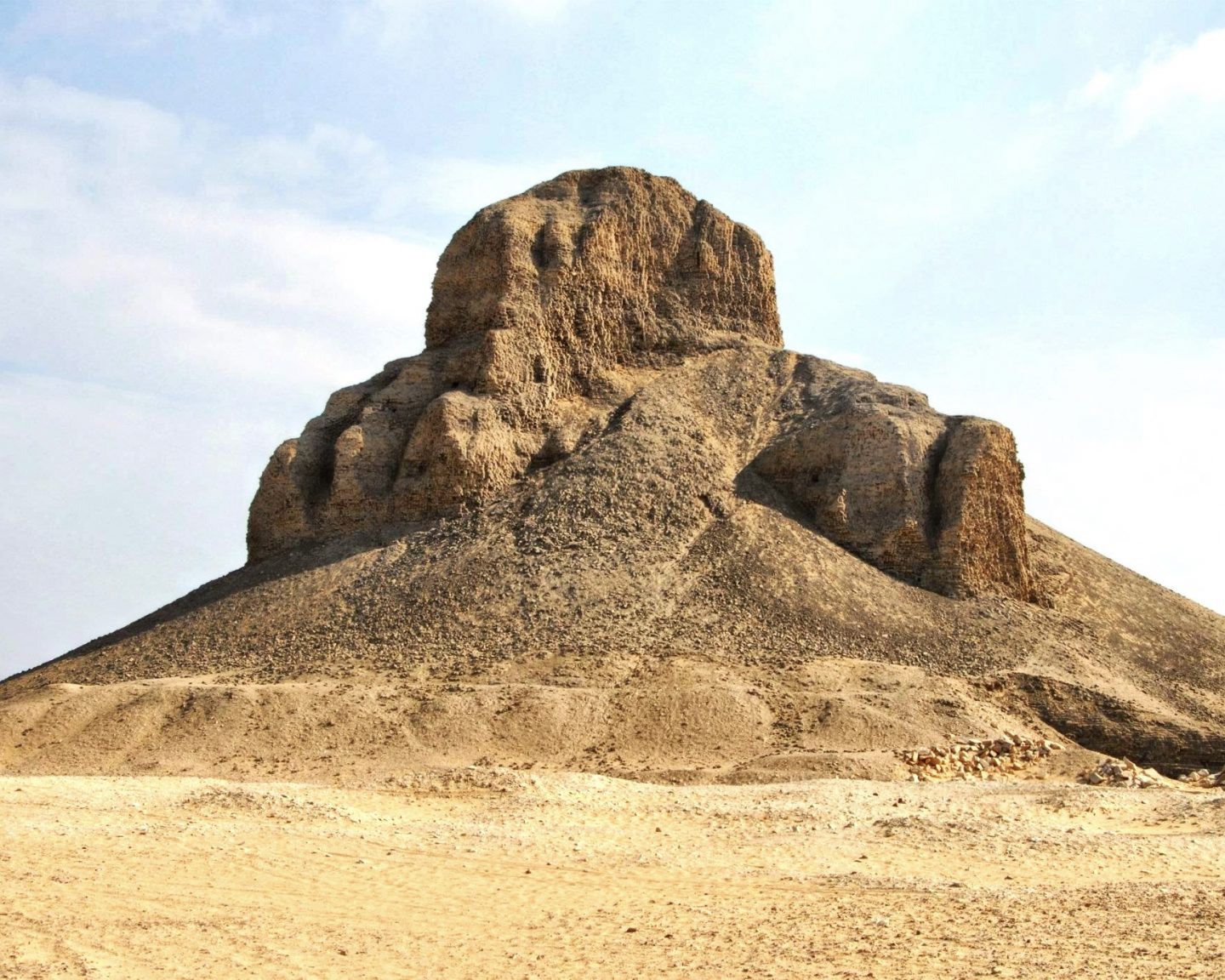 Visiting the Pyramids of Dashur was one of the highlights of our trip. We had the place all to ourselves!