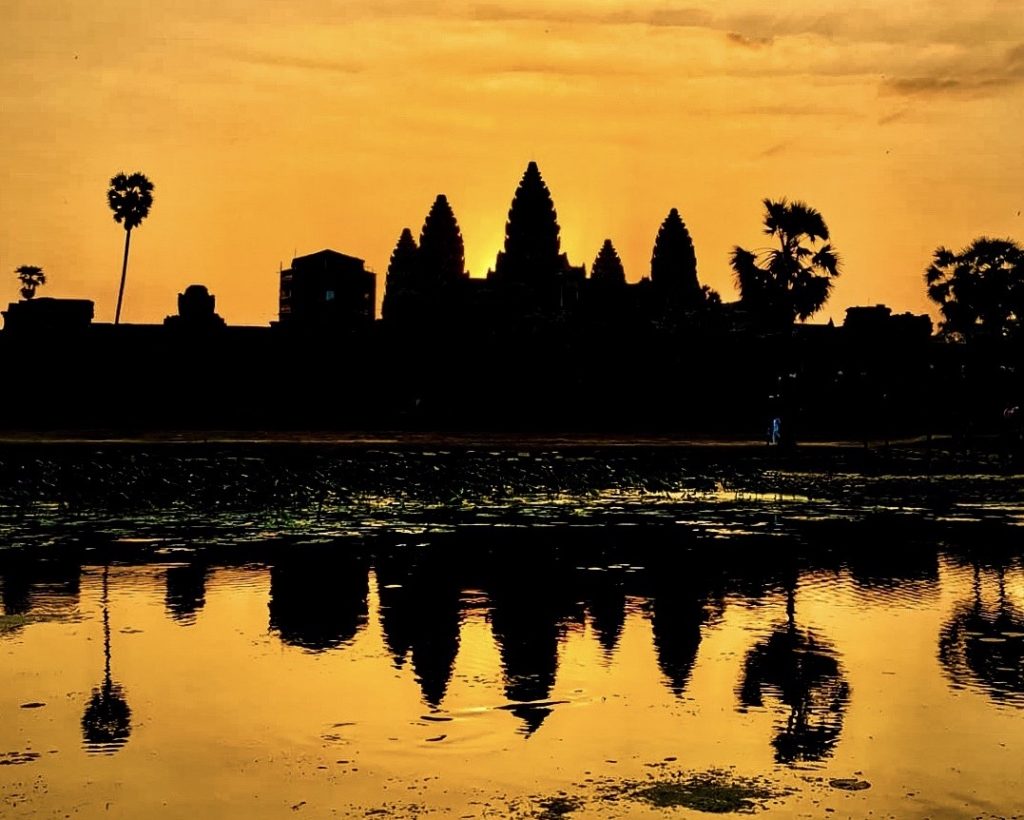 When we look back on our trip to Cambodia, there is one thing that we will never forget. Watching the sunrise at Angkor Wat. It is one of the most beautiful sunrises we have ever seen.

What is Angkor Wat?

Angkor is a huge site of ancient temples. It was the capital city of the Khmer Empire. The temple ruins vary in style, size, and condition. The temples are all that remains of a city that was once a home for more than a million people.

Angkor was abandoned a couple of hundred years ago and rediscovered by the French who colonized Cambodia.

It’s a UNESCO World Heritage Site and one of the seven ancient wonders of the world.

Angkor remains an important source of national pride for Cambodians. 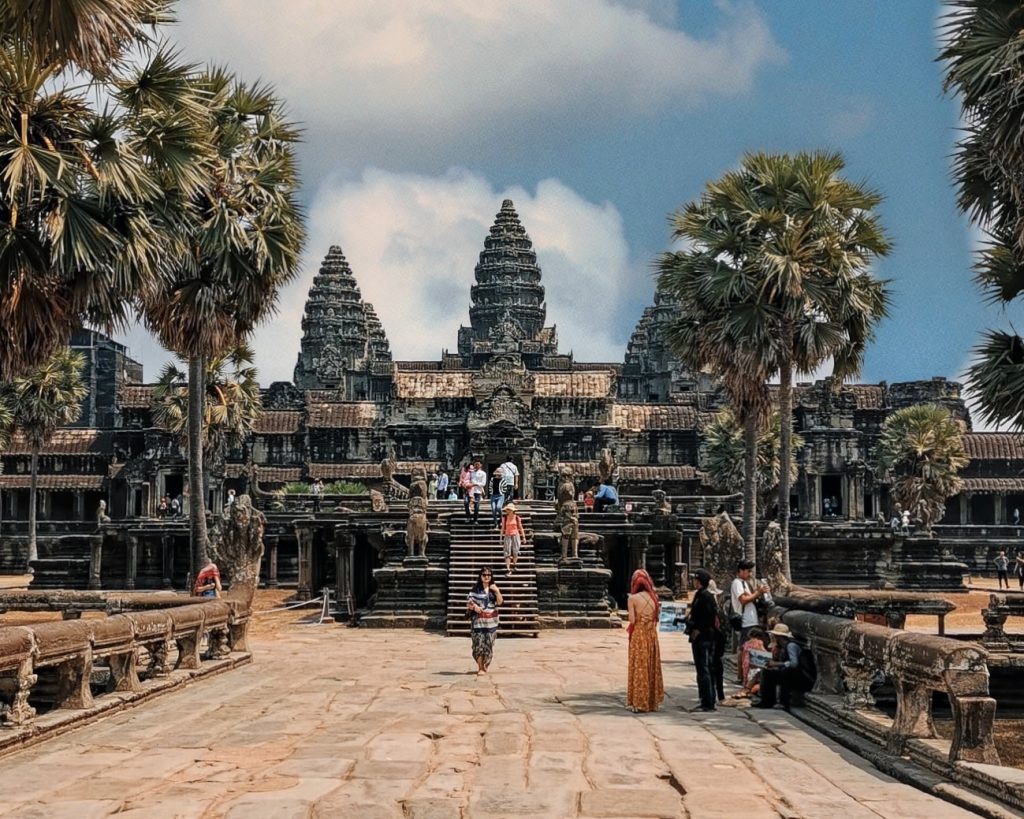 We took a 3-day pass to visit the Angkor complex, which we recommend. We decided to watch the sunrise on our last day. 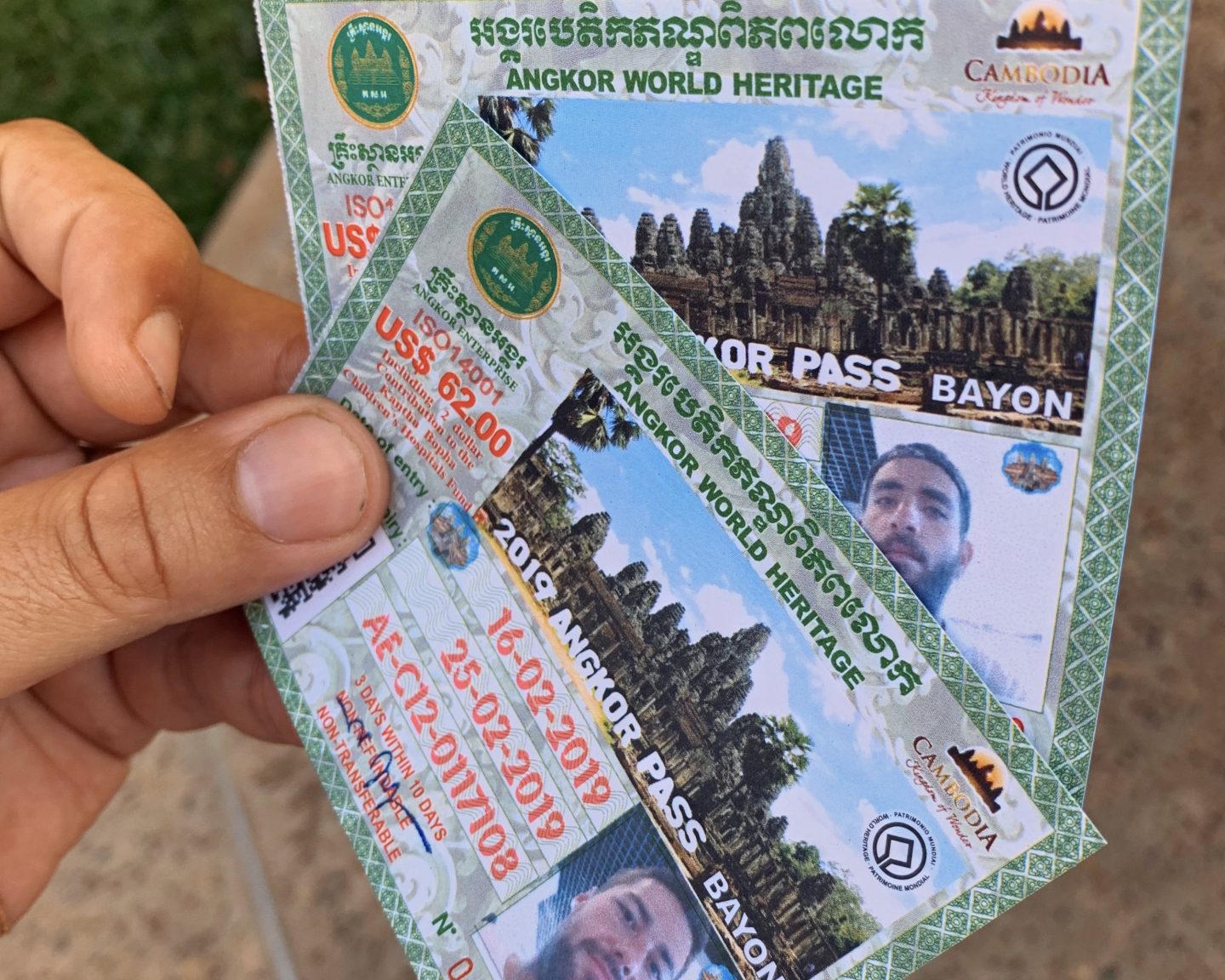 Before going to Angkor Wat we stopped at a supermarket to buy some drinks and snacks and picked up 2 Belgium friends that were surprisingly in Siem Reap at the same time.

Even though it was in March and very hot during the day, it was a bit chilly at that time. We suggest you bring a sweater.

We arrived at the entrance gate around 4.30 am. Even though the gates open at 5 am. We wanted to be one of the first inline but there were already some tourists before us. 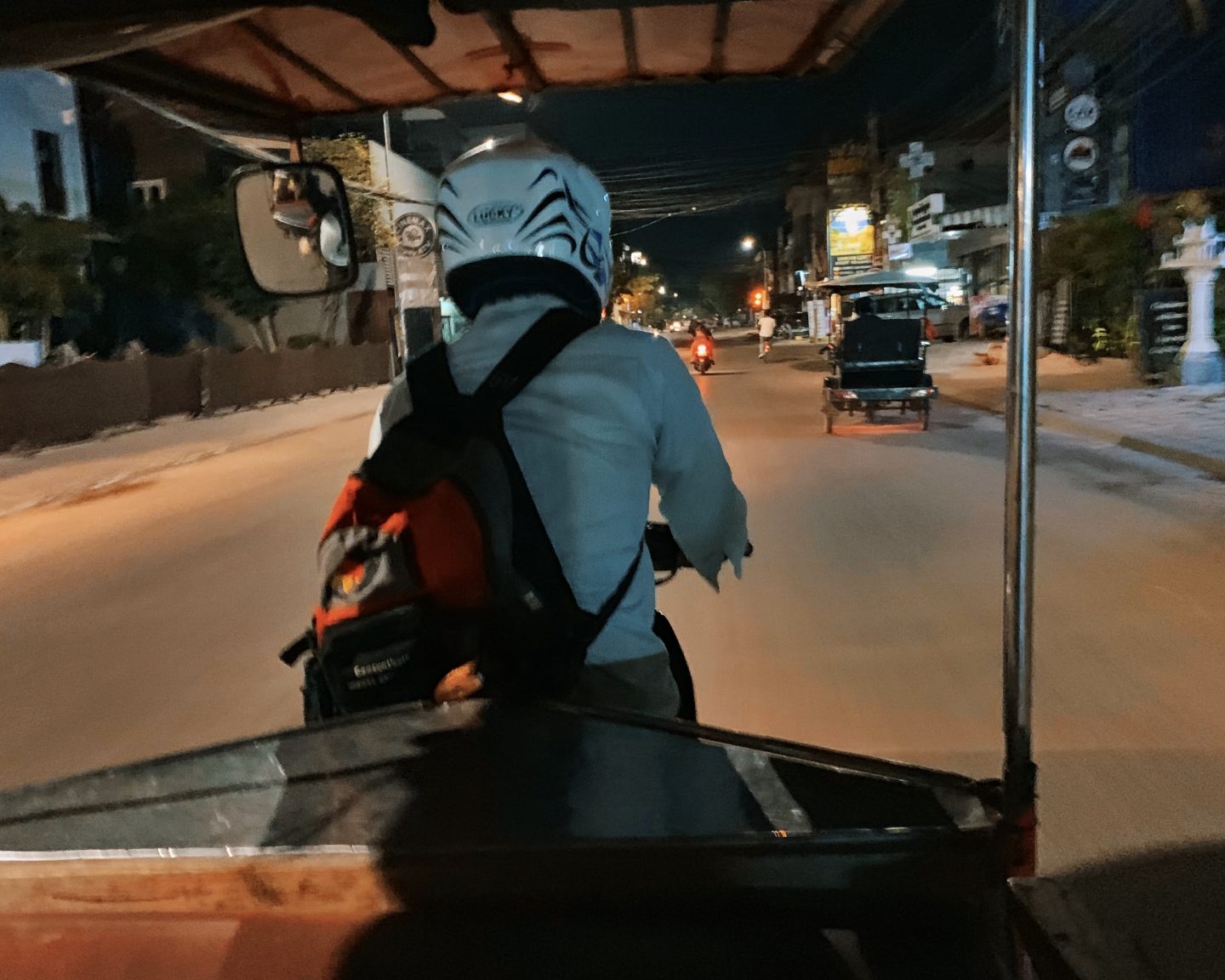 Once the gate opened, almost everyone was running to get the best spot to watch the sunrise. We chose a spot on the left side right before the lake. This is in our opinion the best spot to take pictures. You have a beautiful reflection of the temple in the lake.

Luckily for us, we were sitting on the front row. We enjoyed sitting there eating our snacks in the company of our Belgian friends, just waiting for the sunrise to start.

As we were looking behind us we saw a huge crowd. 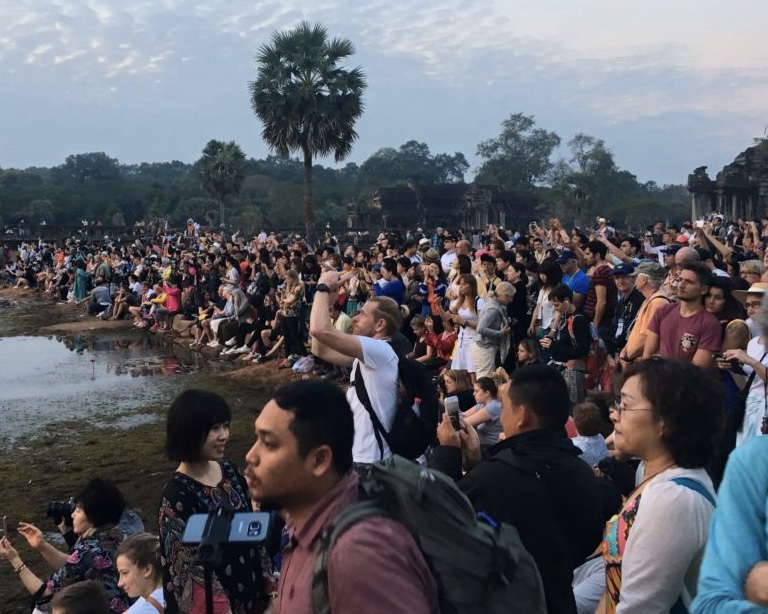 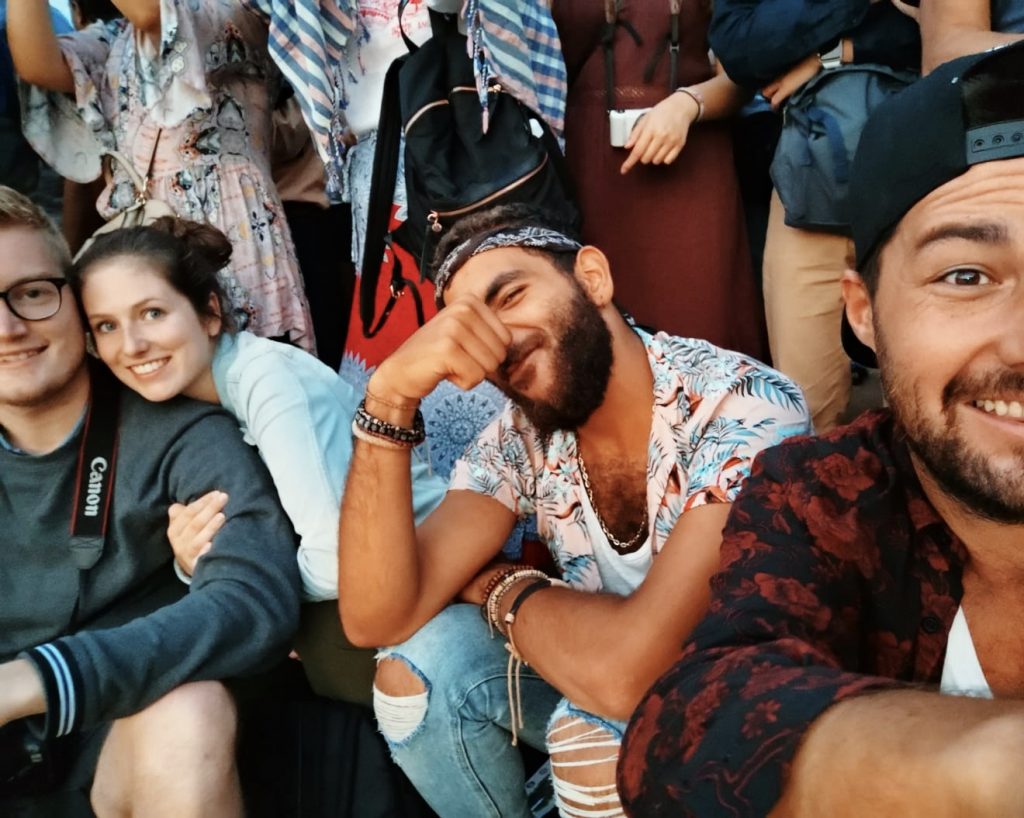 When the sun began to rise, everyone, became silent. All that we’ve heard was the sound of cameras.

The colors in the sky never stopped changing. It was amazing to watch and the reflection of the temple and the clouds in the lake made it even more beautiful.

Witnessing the transformation of the dark night into a new day was definitely one of the highlights of our trip to Cambodia. 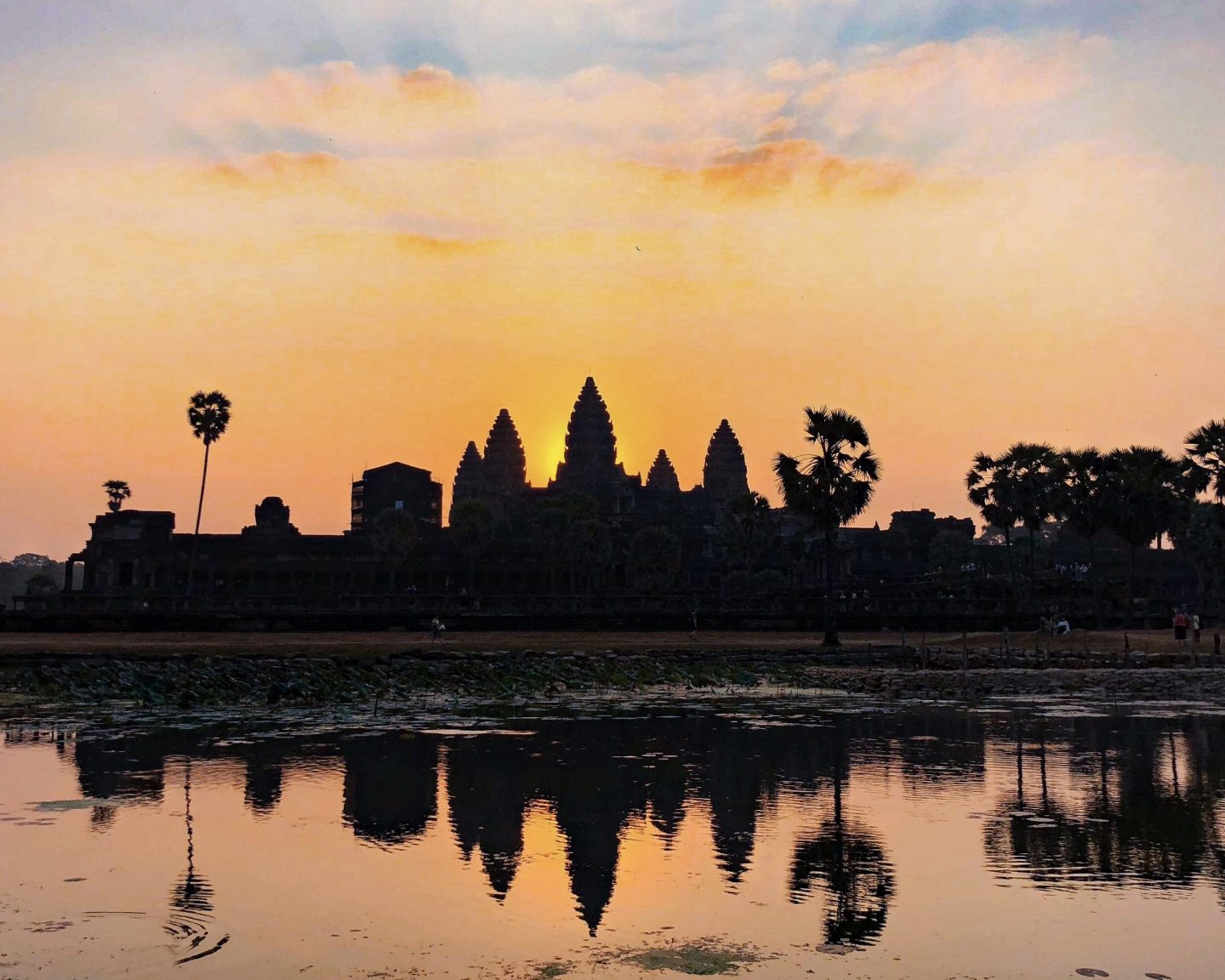 1. Buy tickets before. We recommend buying a 3-day pass to visit the whole temple complex and see the sunrise at Angkor Wat on your last day.

3. Bring a sweater with you it will be a bit chilly at that time. Dress appropriately, clothes should cover your knees and shoulders.

4. If you want to take pictures and videos bring a tripod, a good camera or phone with night mode with you.

5. You can buy snacks and drinks at Angkor Wat but know that there are supermarkets in Siem Reap open 24/7. You will save a lot of money.

6. The best place to take pictures is on the left side right in front of the lake. This spot is well known, and everyone fights for a front-row spot.

7. Once the sky lightened up most of the crowd started heading towards the exit. But don’t leave until the sun has risen behind the temple. It’s beautiful to see the sun peek behind the temple and a good time to take more beautiful pictures. 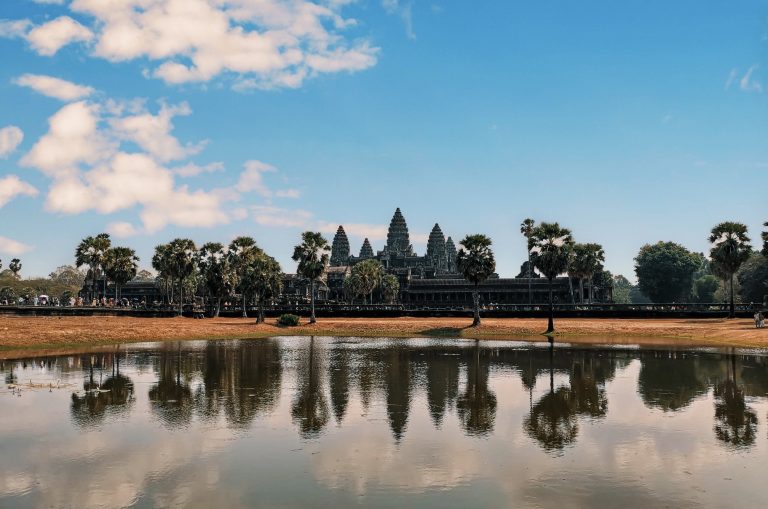