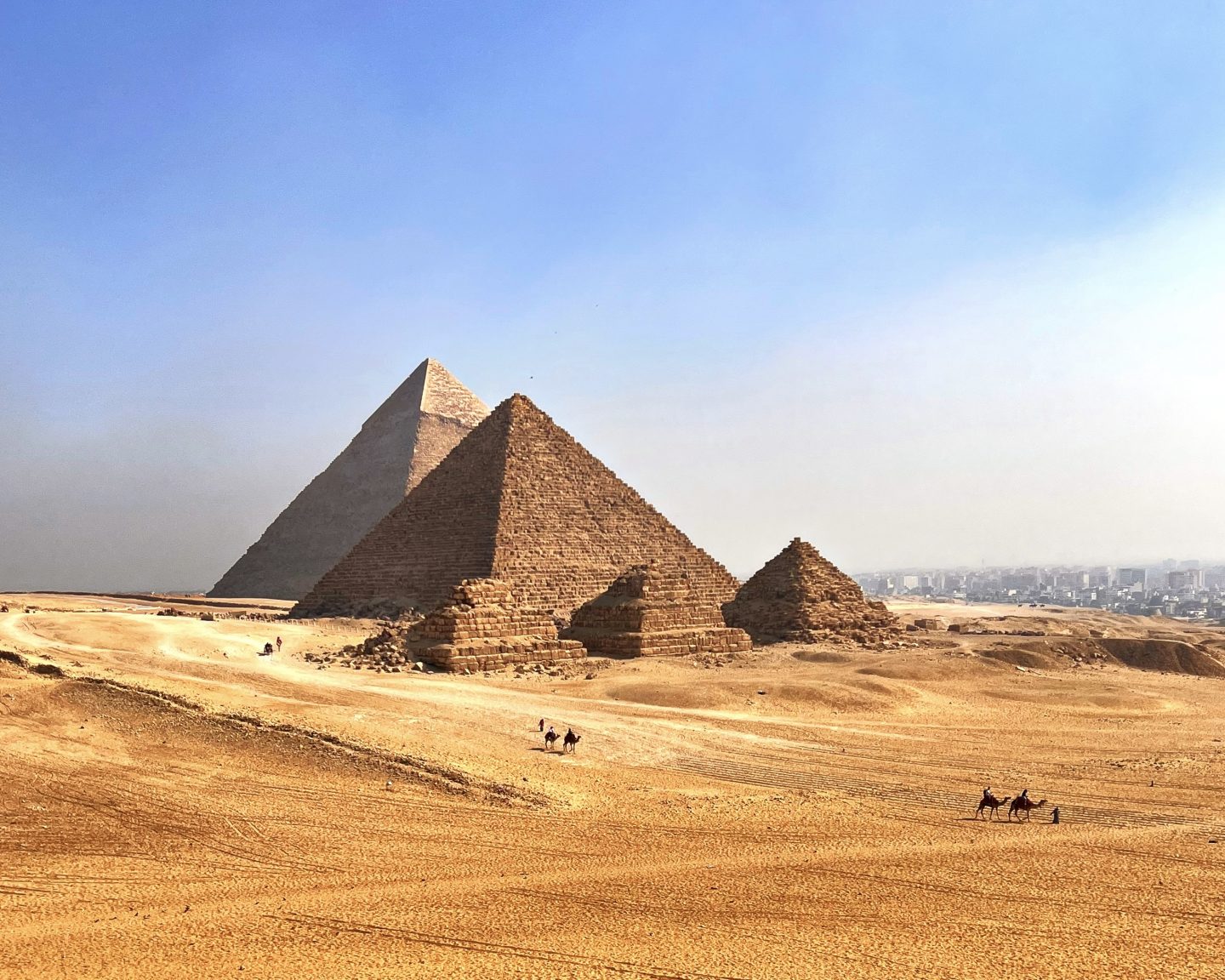 One of the ancient mysteries that captured the hearts of people all over the world and is on many people’s bucket list is visiting the Pyramids of Giza.

In this post, you will find everything you need to know for a visit to the Pyramids of Giza. 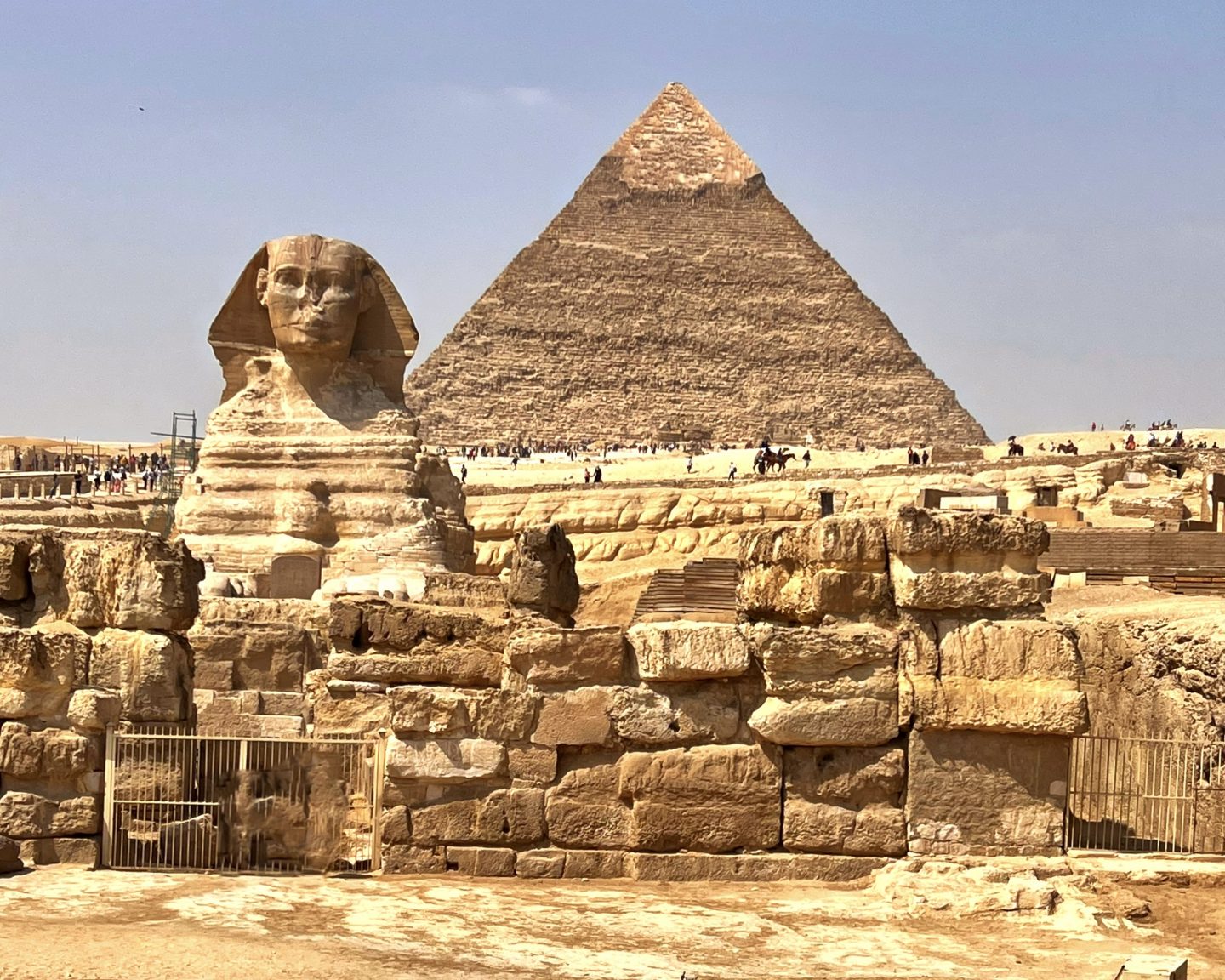 The Pyramids are not located in the middle of the desert. They are located in Giza, 13 kilometers from Cairo’s city center. 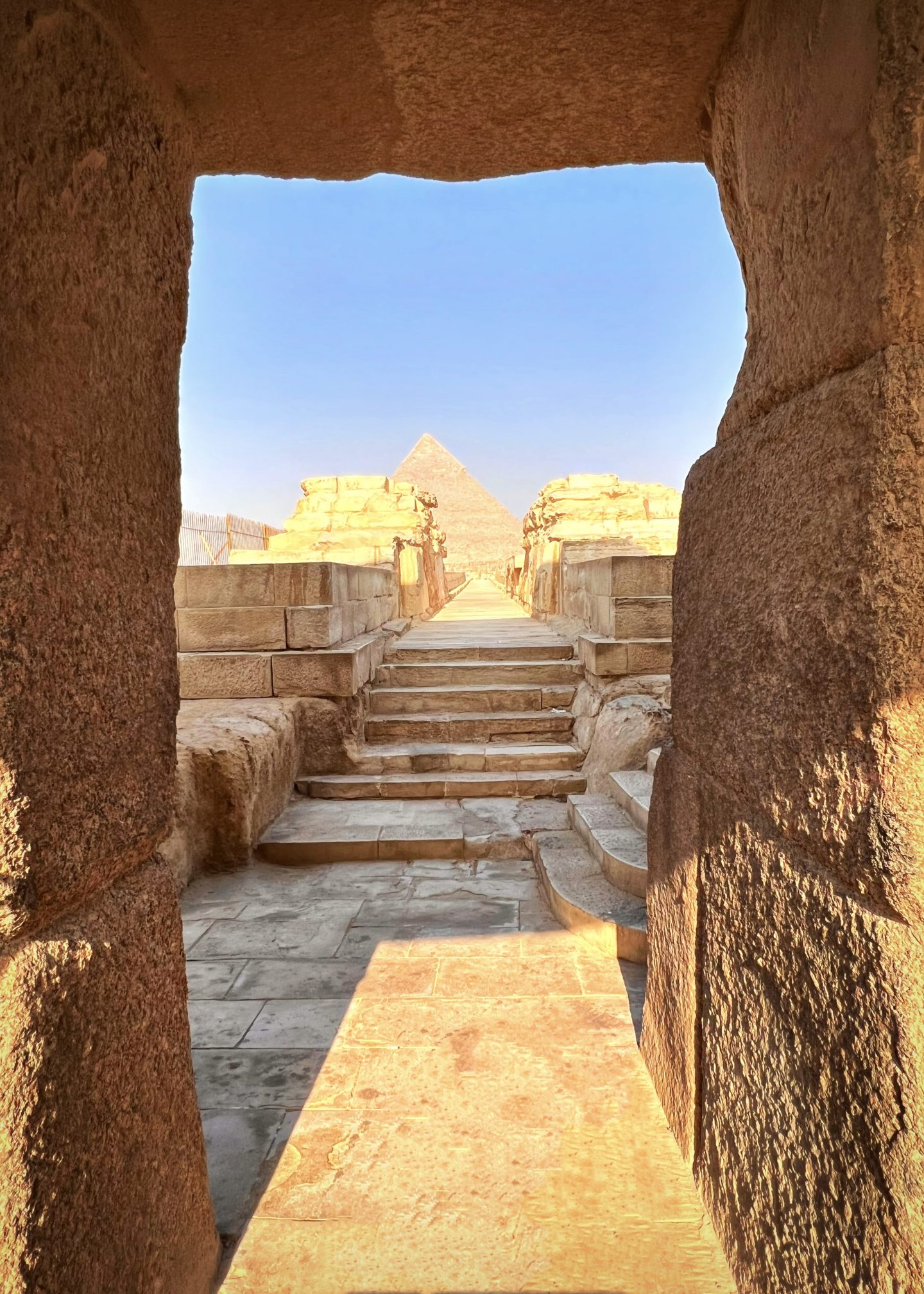 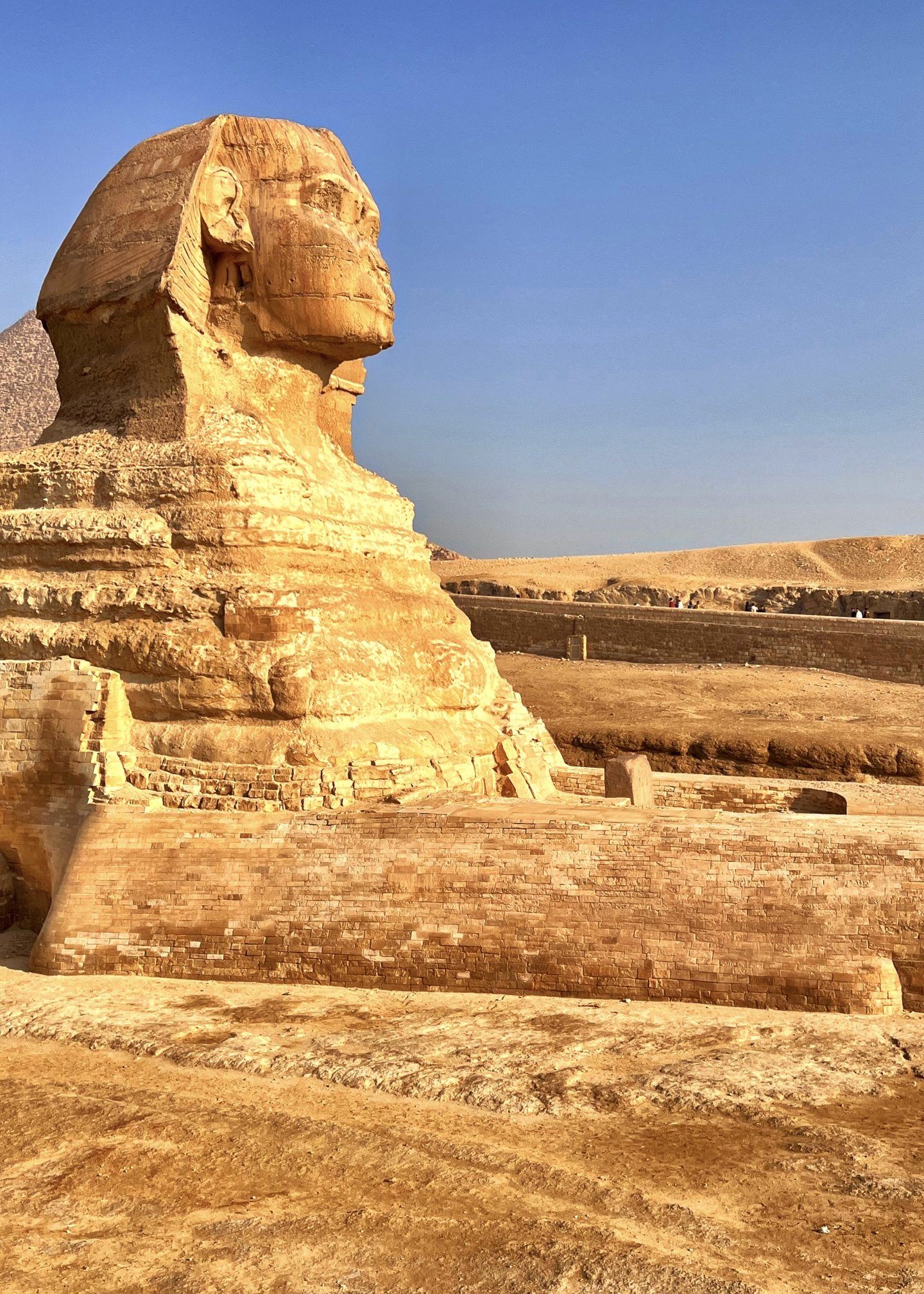 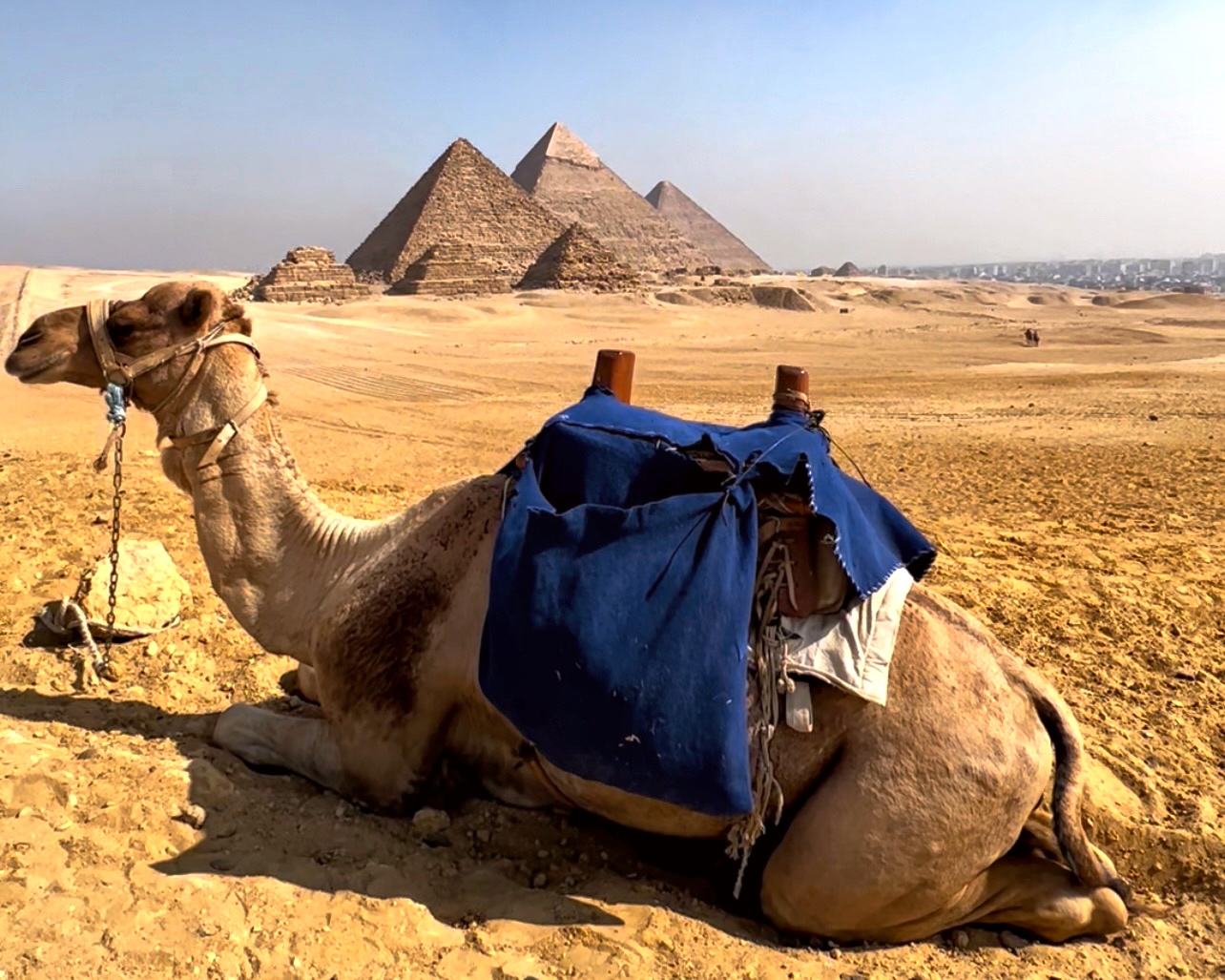 About the Pyramids of Giza

5000 years ago, Giza became the royal burial ground for Memphis, which was then, the Capital of Egypt. Within 100 years, three successive generations of the ancient Egyptians built the three pyramid complexes to serve as tombs for their kings.

For a long time, it was believed that the Pyramids were built by slaves. This theory dates back to the Ancient Greeks, however, the idea that the Pyramids were built by slaves is a myth and has never had any archaeological proof. It wasn’t until 2010 that an archaeological team led by Dr. Zahi Hawass discovered several new tombs that belonged to the workers who built the pyramids of Khufu and Khafre.

Archaeologists now agree that the men who built the pyramids were, in fact, highly-skilled workmen, not slaves. 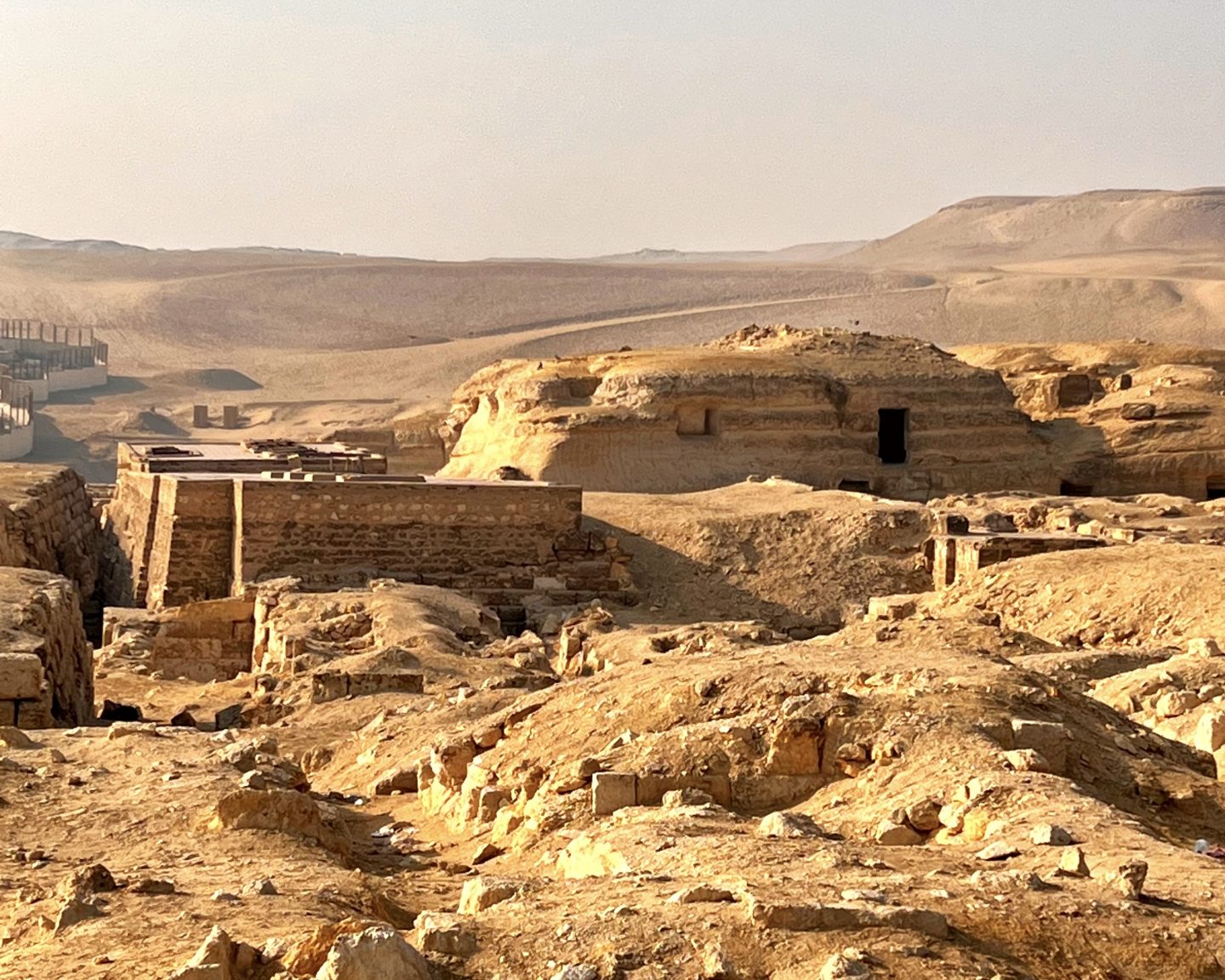 The best time to visit is during winter as it’s not as hot! We recommend you visit the pyramids early in the morning at opening time.
The tour buses arrive between 9  and 10.30 am every day. They head directly to the viewpoints. So by visiting as early as possible you will beat the crowds. 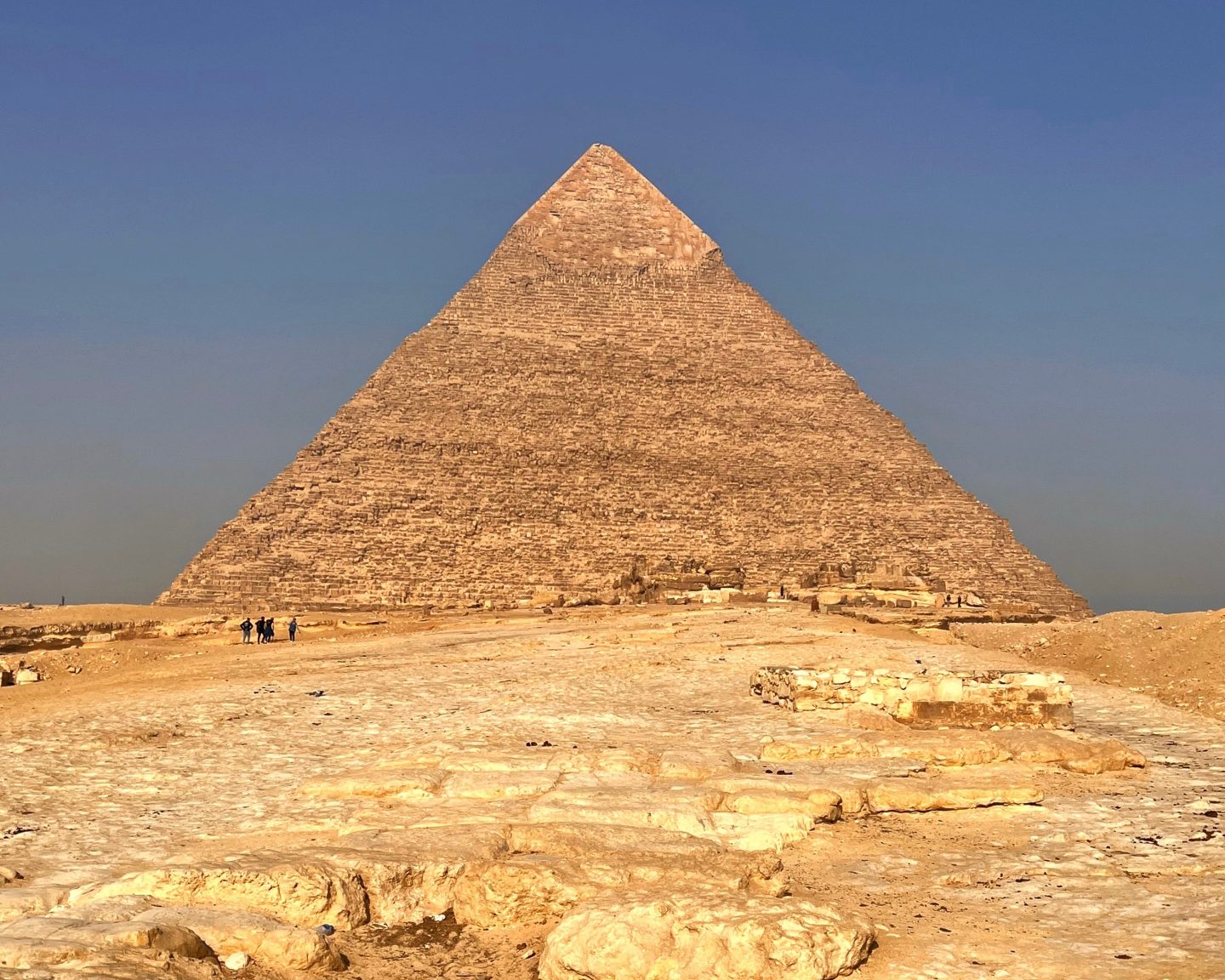 Can you go inside the Pyramids?

Yes, but it’s just an empty stone room. The corridors down are steep and narrow and it’s super hot inside. We skipped going inside the Great Pyramid because it was too busy. 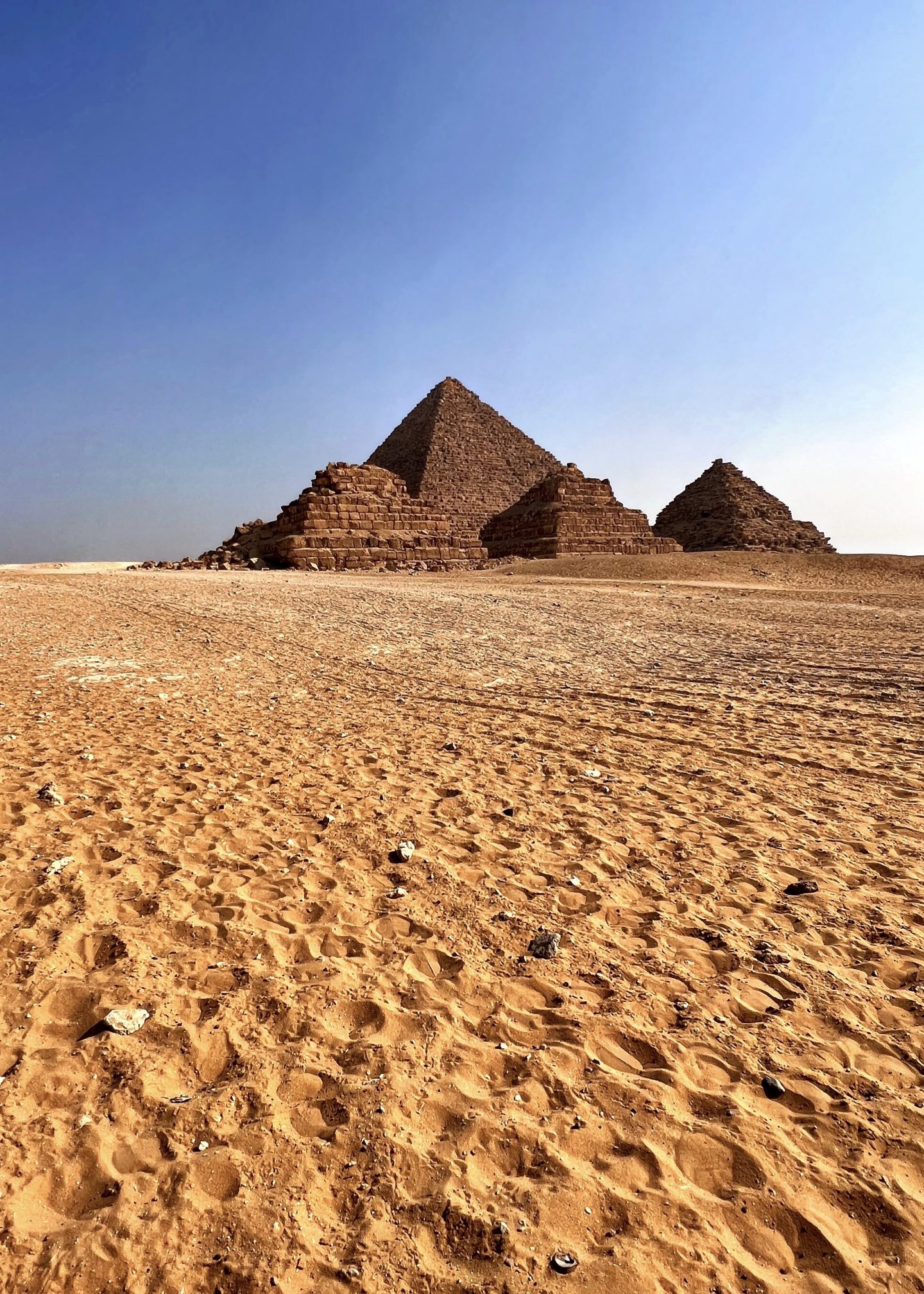 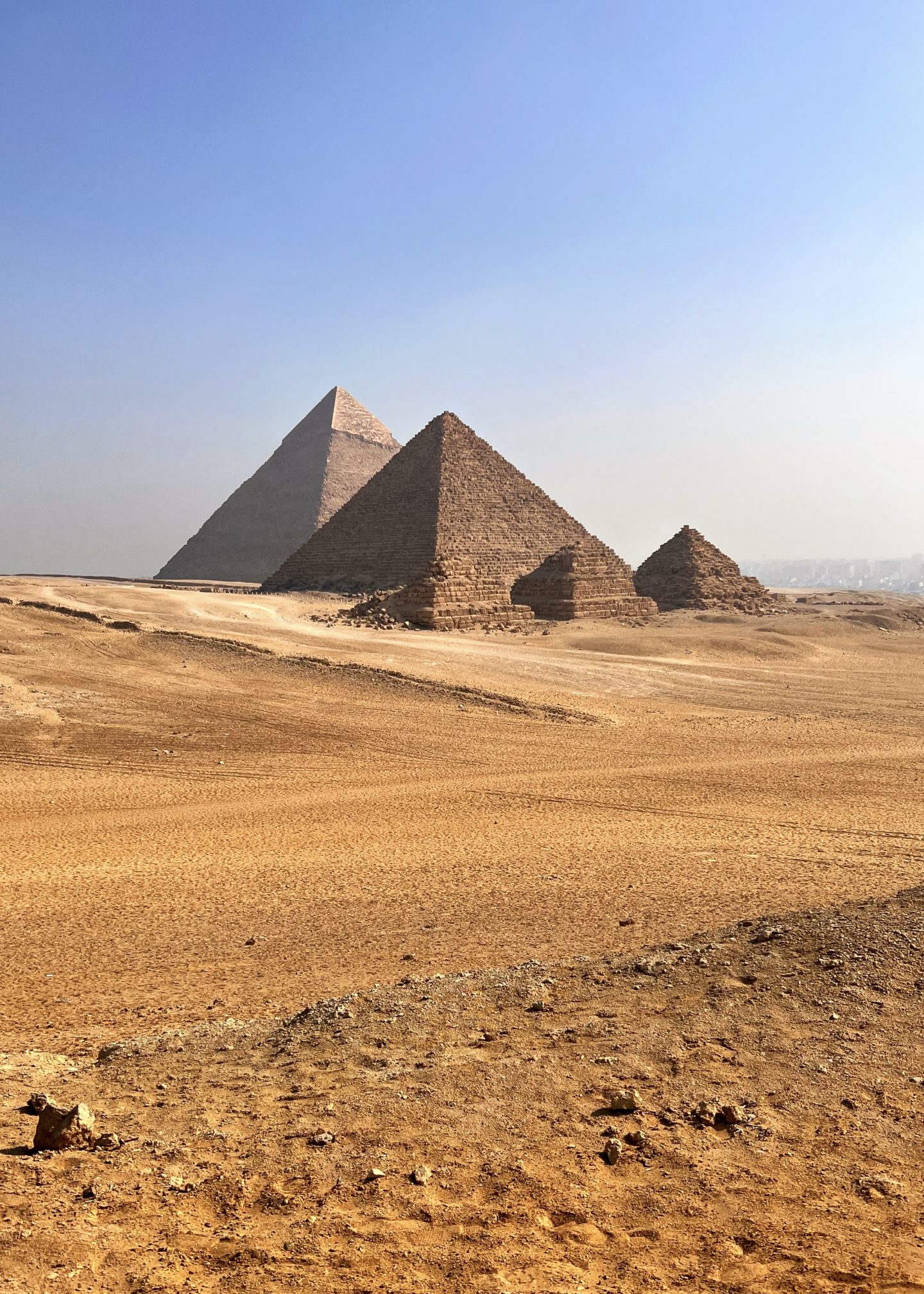 Can you climb the Pyramids? 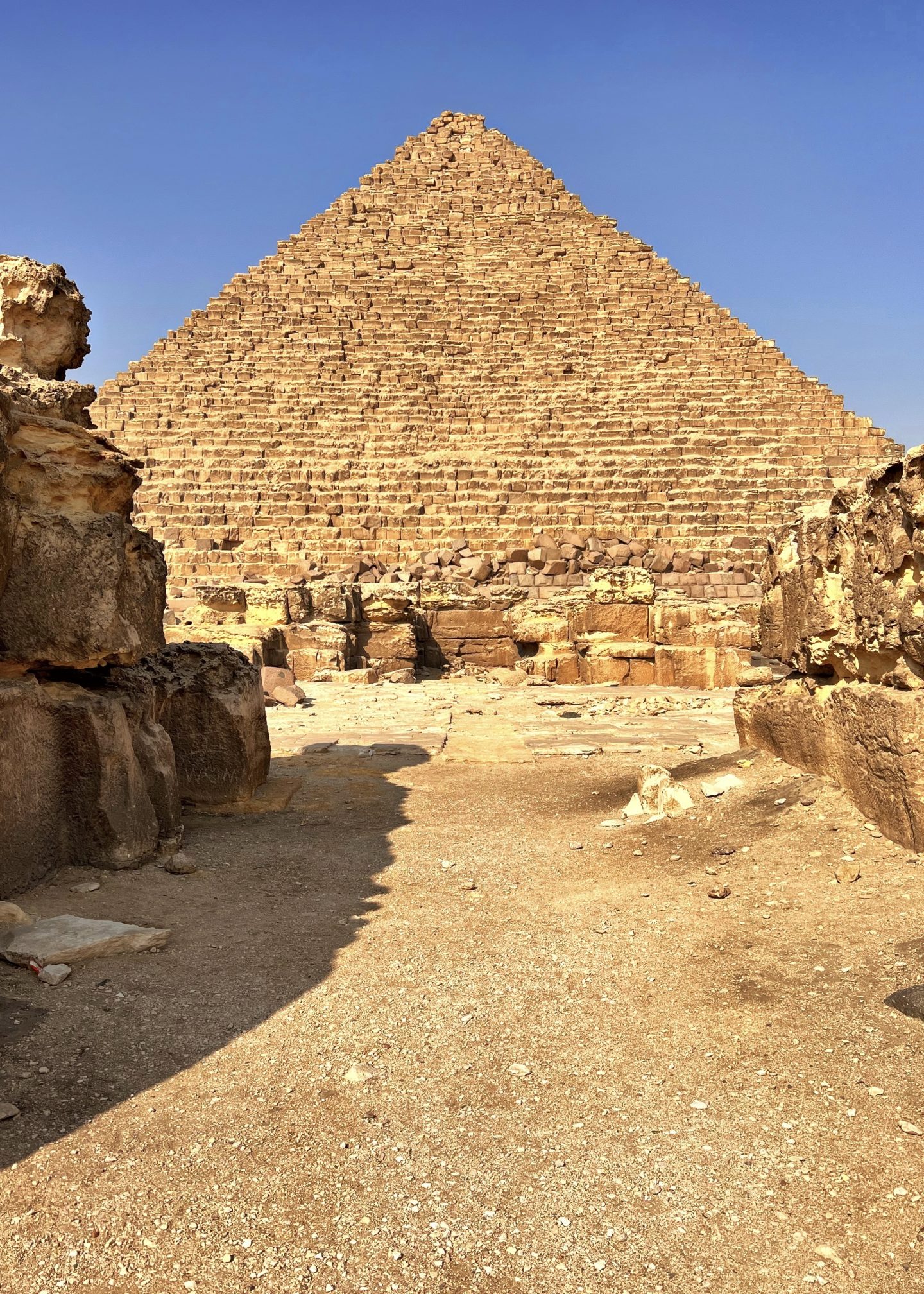 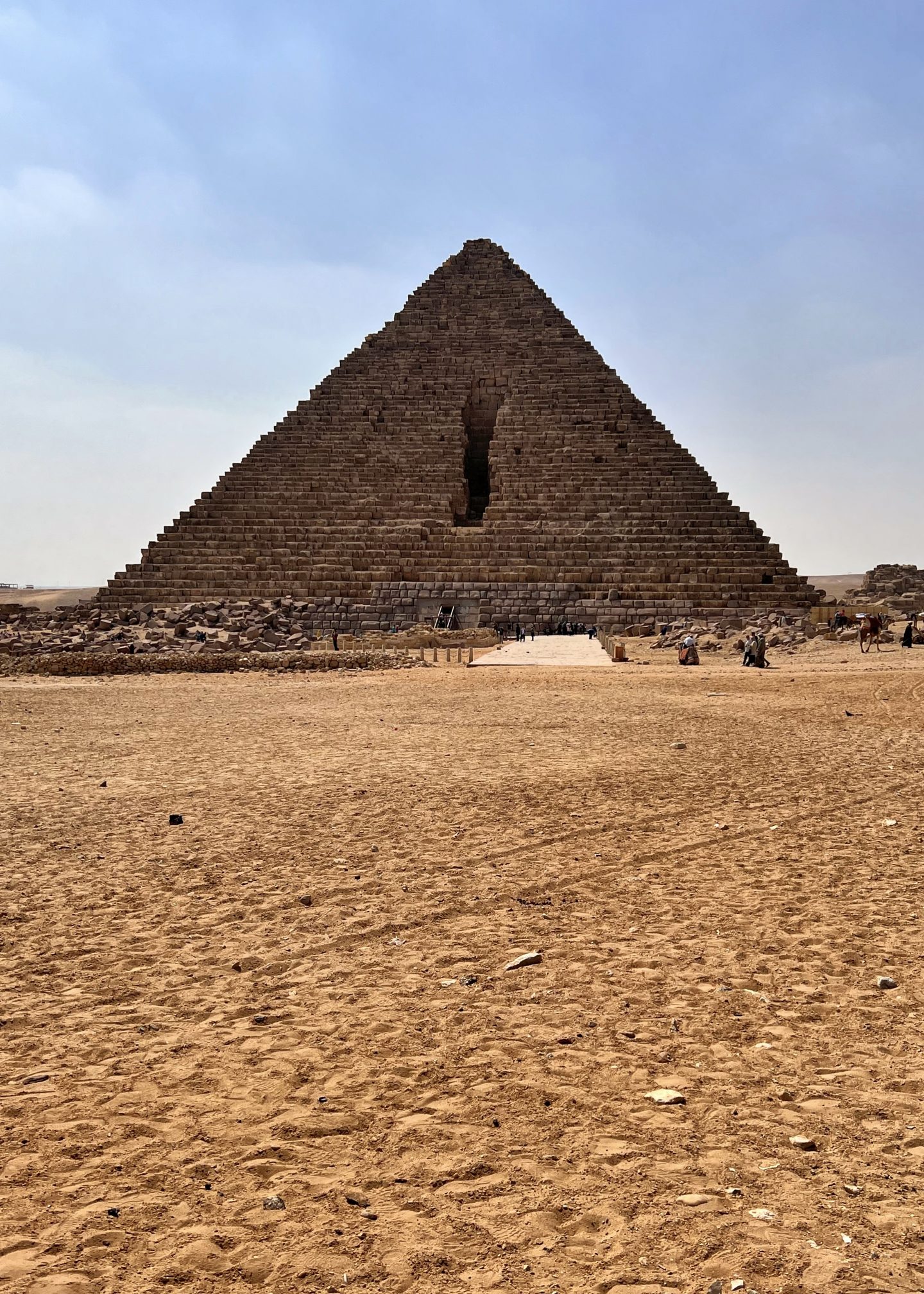 What to wear at the Pyramids

Egypt is hot throughout the year and in the months from April to October it’s ultrahot.  But, as it’s a conservative country, you still need to cover up.

Wear light clothing that is breathable. Don’t forget to pack your hat, sunglasses, and a light scarf to protect you from heat and potential sandstorms. 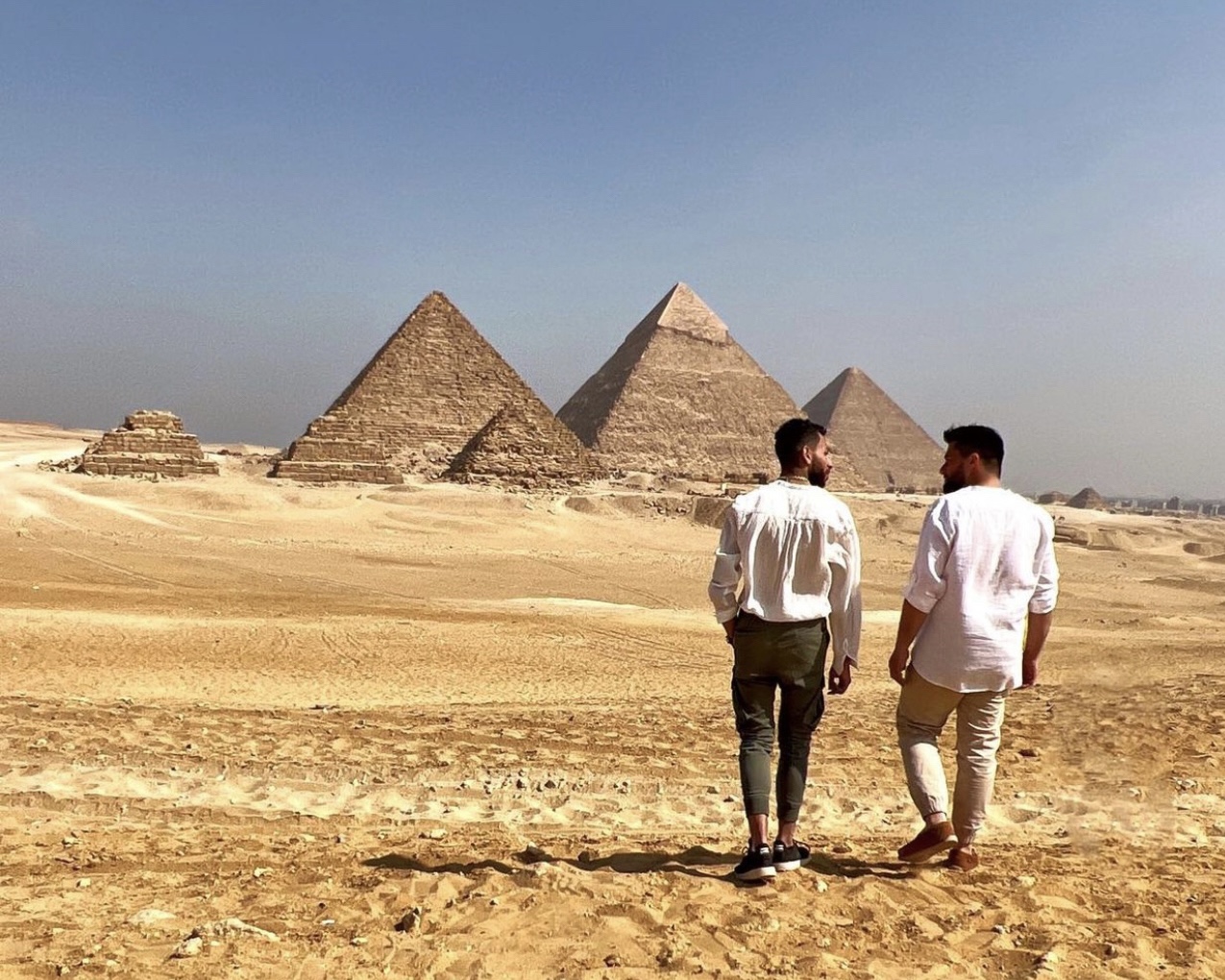 How much time do you need to visit the Pyramids of Giza?

We recommend you allow at least a half-day to explore the Pyramids of Giza. 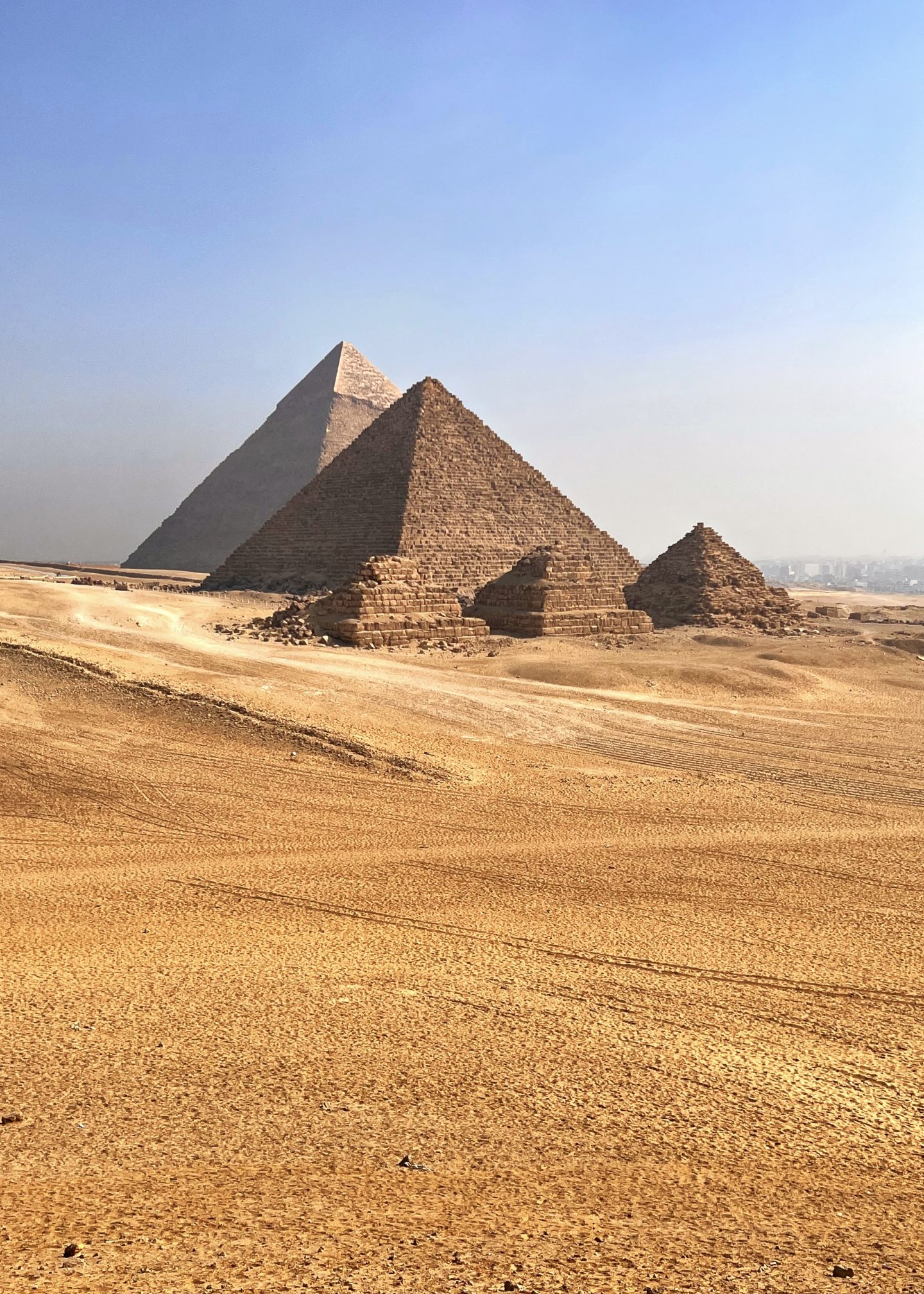 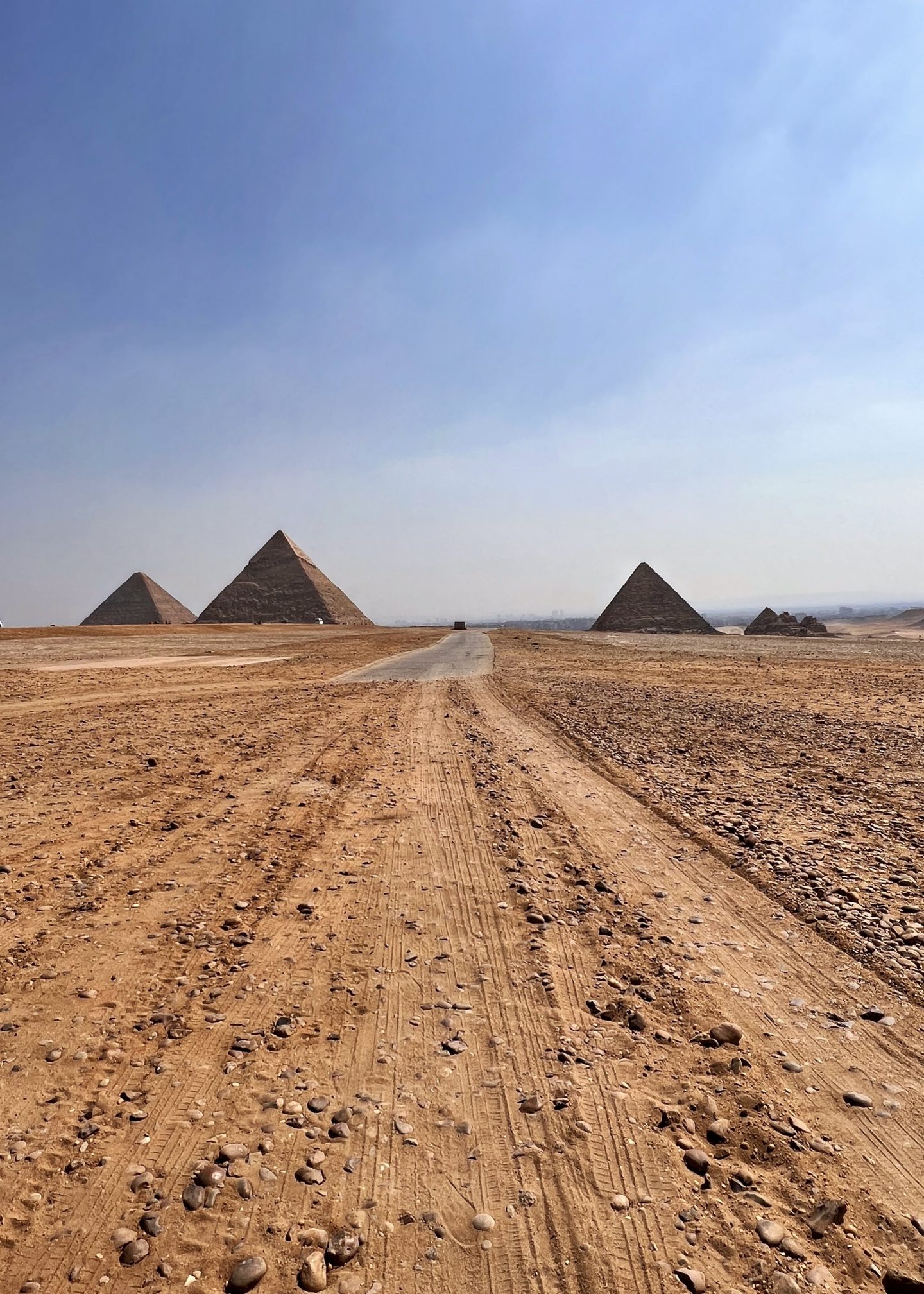 The camels and horses at the pyramids are badly treated, so we don’t recommend choosing for a ride.
If you do decide to take a camel or horse ride, make sure you are not hassled into paying more than the fair price. Don’t pay more than 50 LE for 30 minutes. 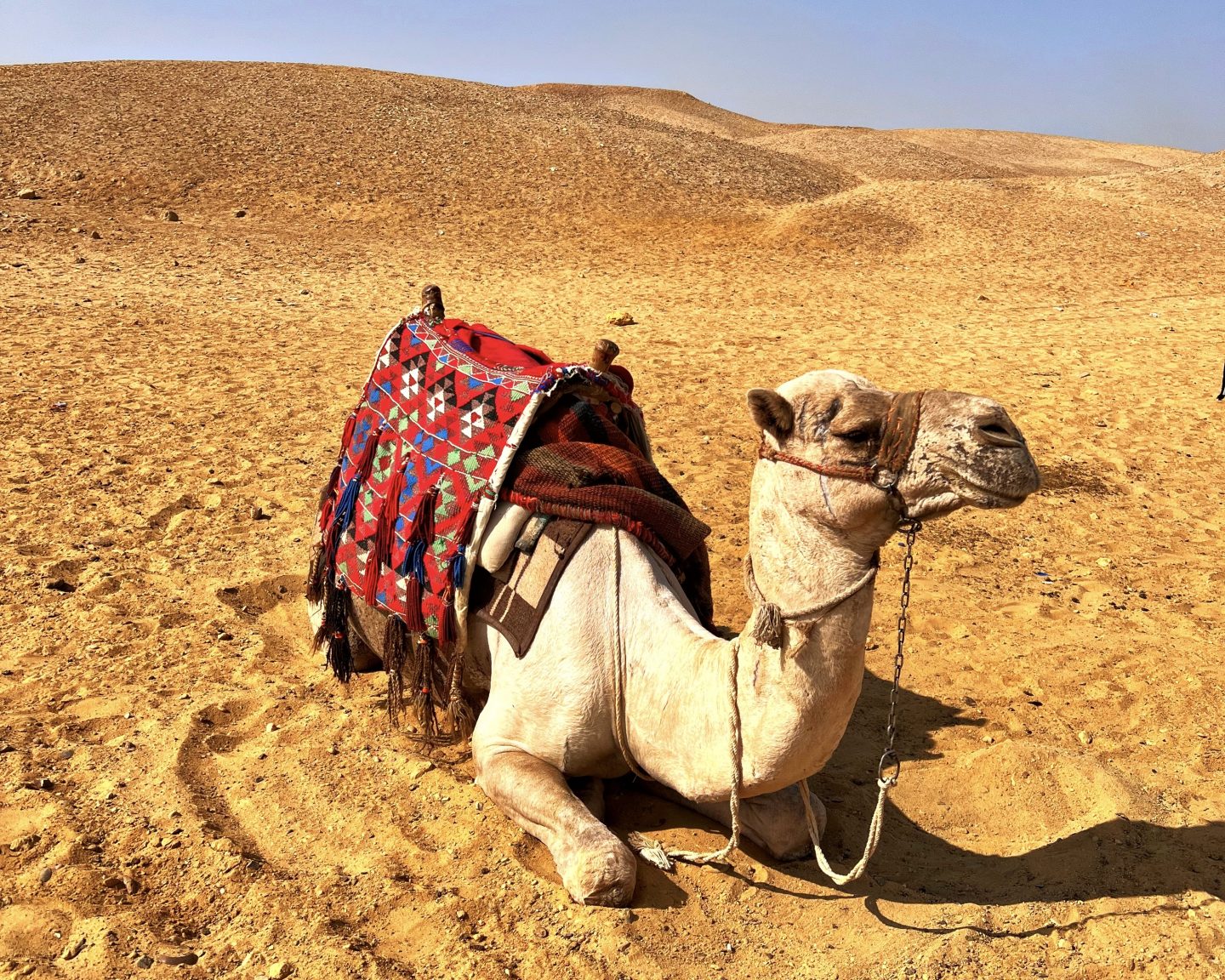 There are 2 panoramic viewpoints. The first one is the viewpoint where all the tourist buses stop, so it can get busy. It’s a nice spot but not the best perspective of the pyramids. You will need to walk out into the dunes for about 15 minutes for a better shot. Almost no one does this so it’s a nice opportunity to just take it all in without being interrupted. 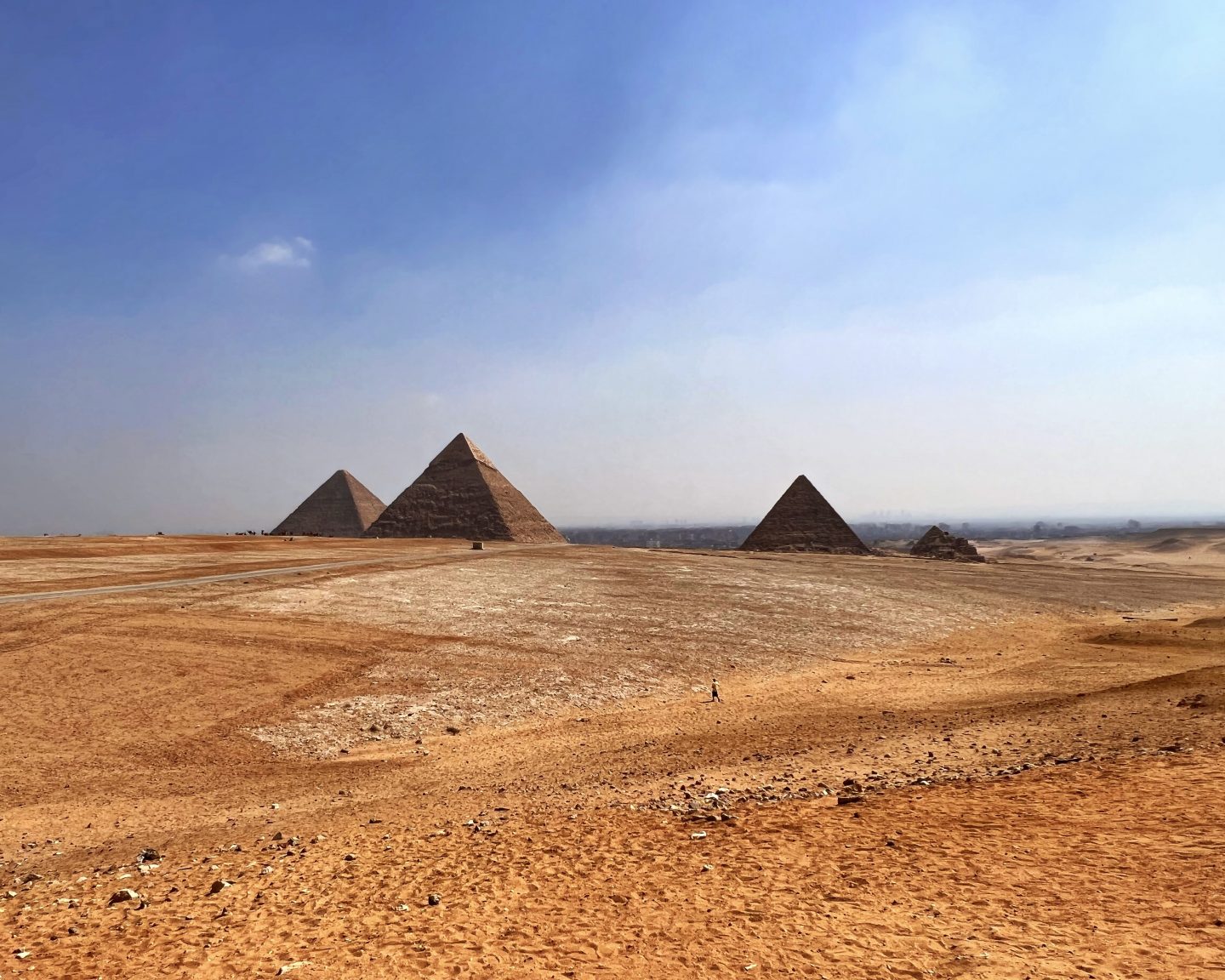 Every evening the Pyramids and the Sphinx come alive with colorful lighting and music. Tickets cost 250 LE but you can watch it from the Pizza Hut right in front of the entrance as well. 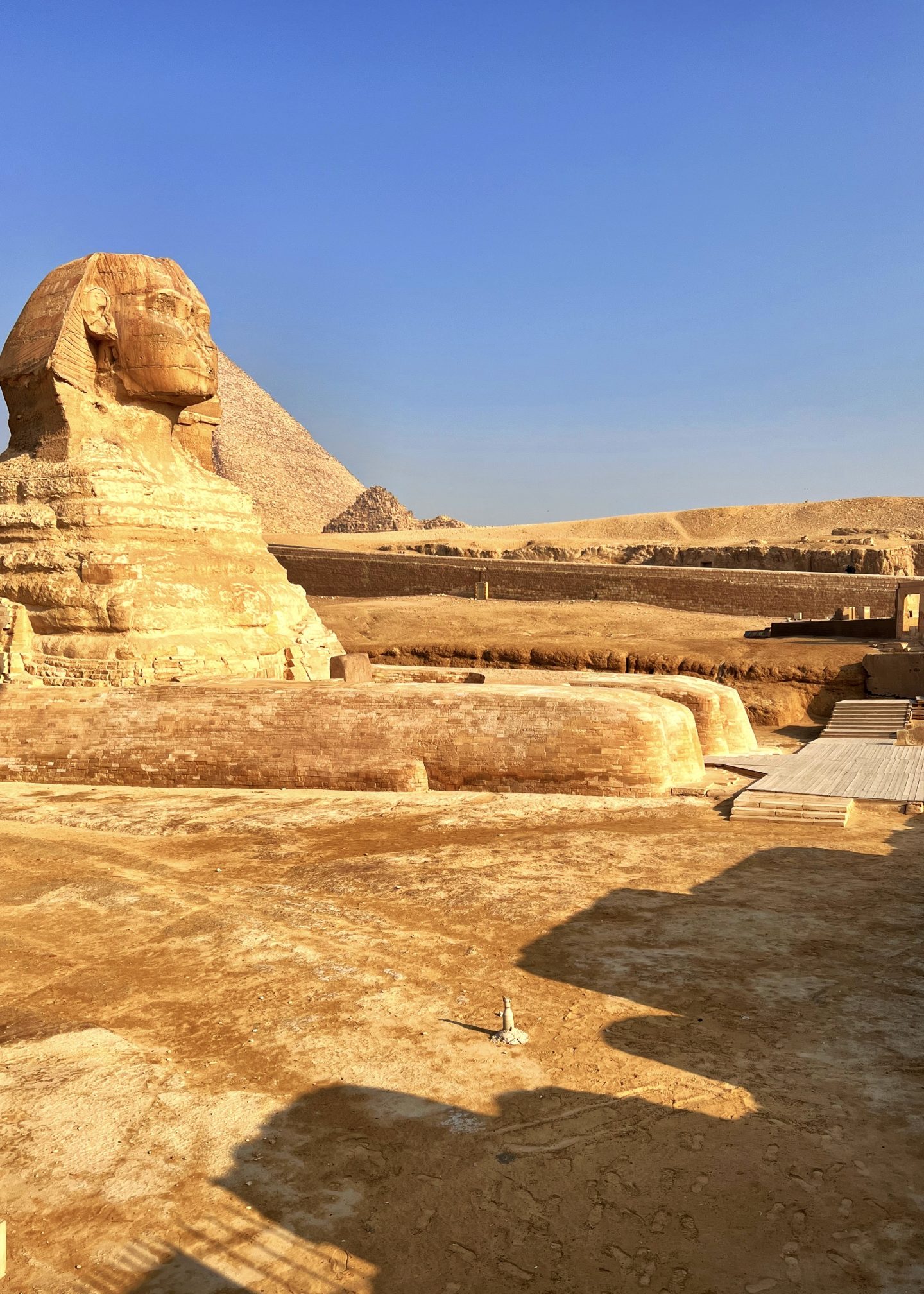 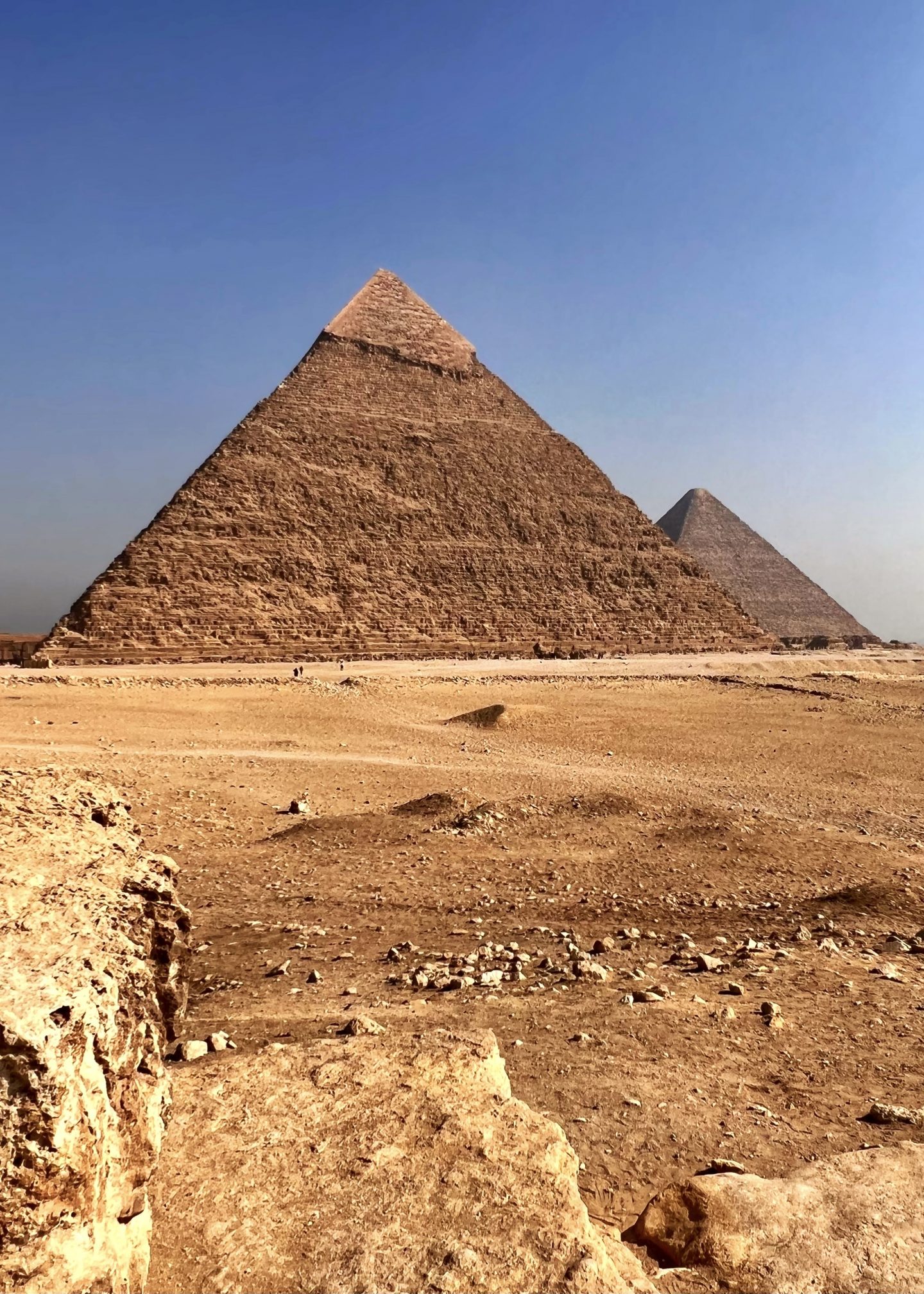 If you have more time and aren’t tired of the Pyramids, it’s also worth visiting the Pyramids of Dashur and Saqqara.