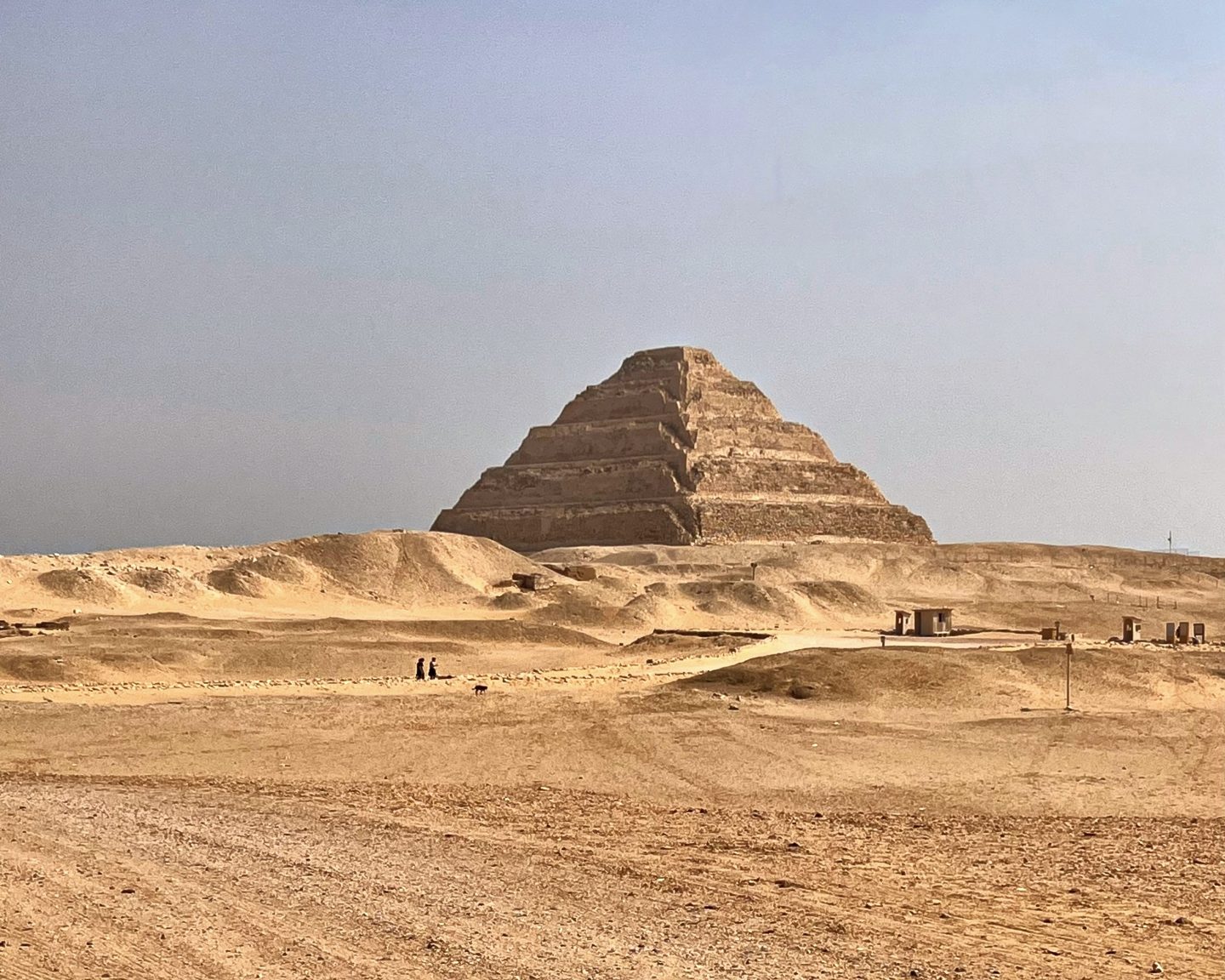 Covering a 7 km stretch of the Western Desert, Saqqara, the huge cemetery of Ancient Memphis, was an active burial ground for more than 3500 years and is Egypt’s largest archaeological site. The necropolis is situated high above the Nile Valley’s cultivation area about a 40-minute drive from Cairo’s city center. Saqqara is the final resting place for deceased pharaohs and their families, administrators, generals, and sacred animals. It is also the place where the first pyramid was built. The name Saqqara is most likely derived from Sokar, the Memphite god of the dead.

In this post, you will find everything you need to know for a visit to Saqqara. 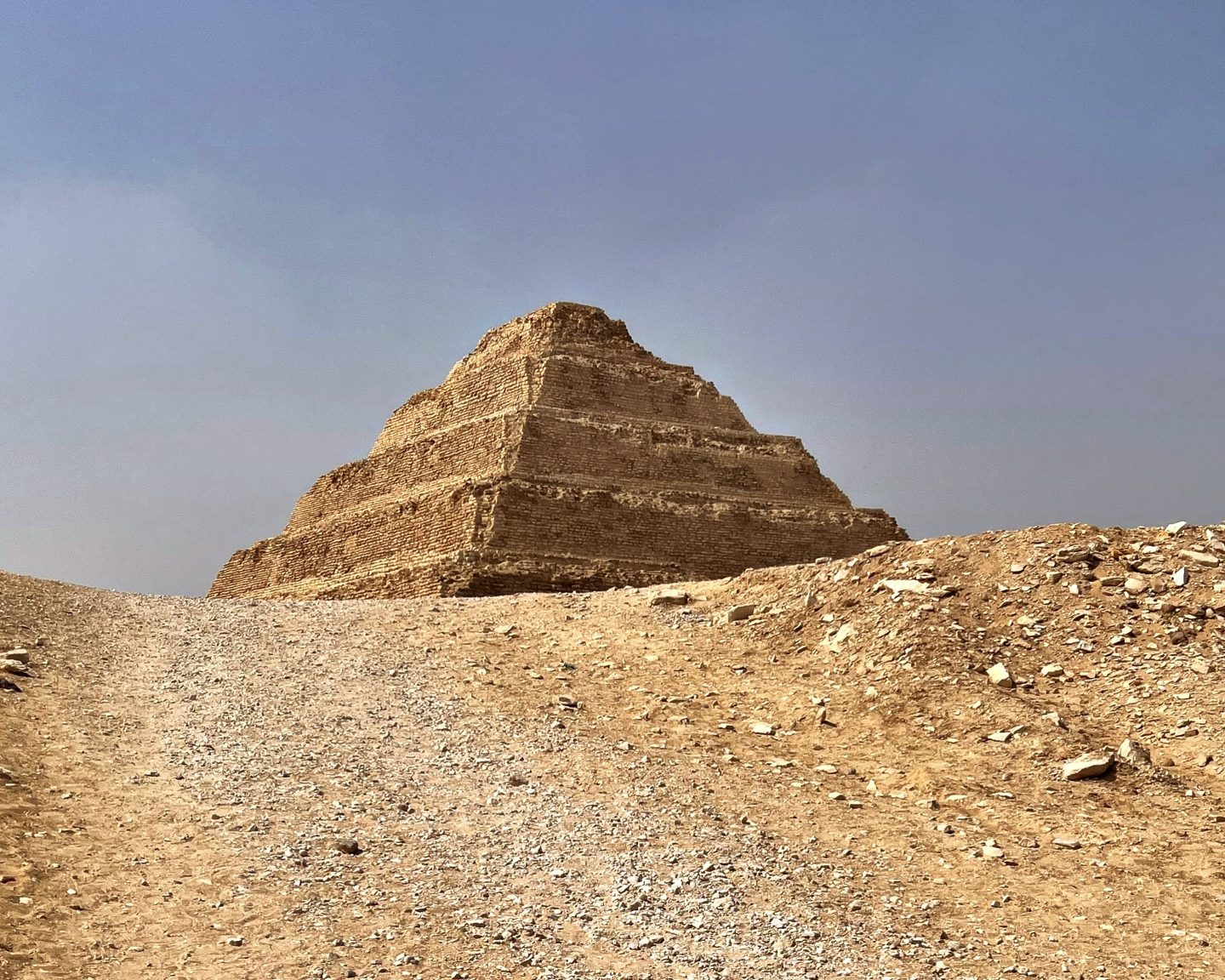 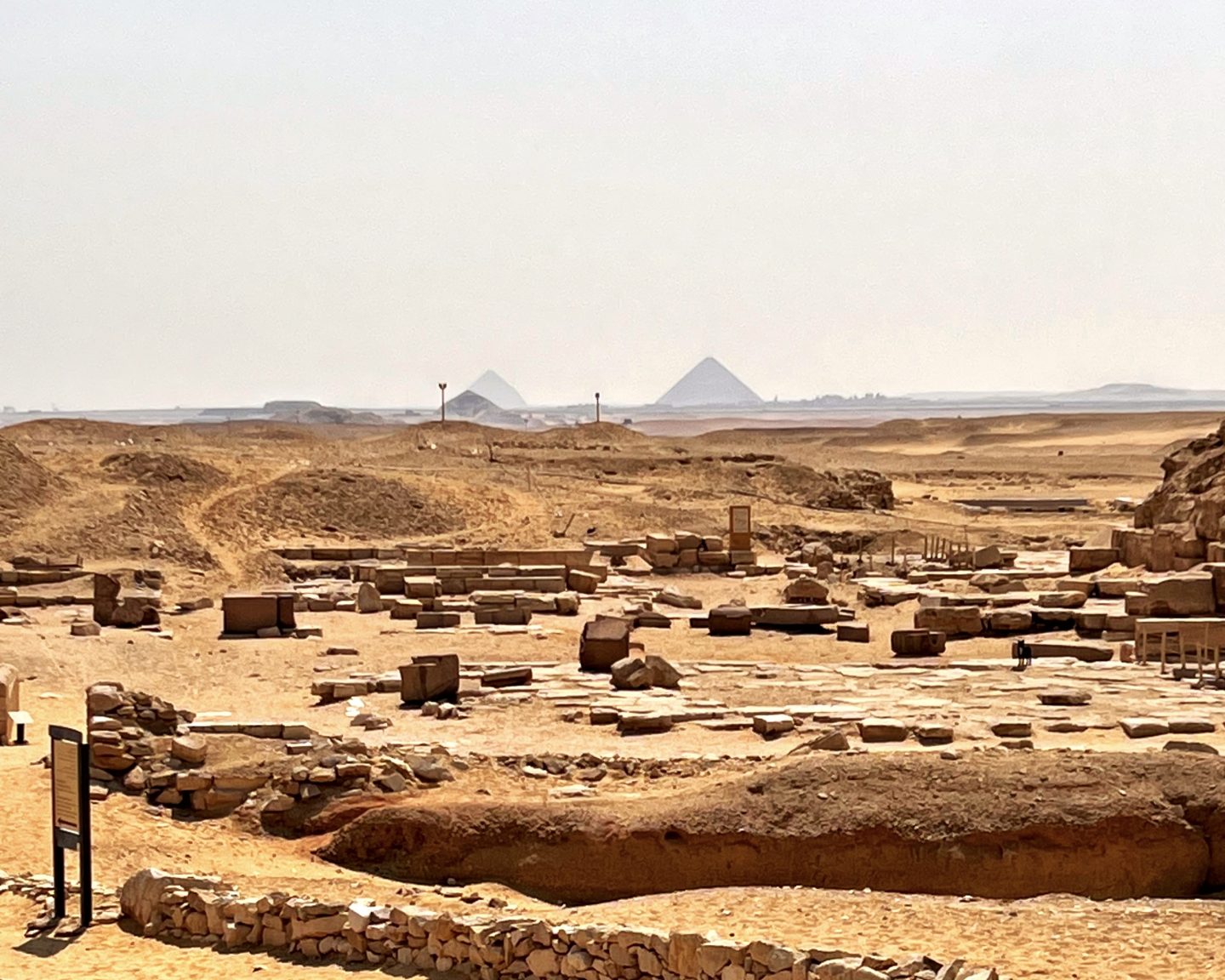 In our opinion, you will need at least 3 hours to visit Saqqara. We visited the highlights; The Step Pyramid of Djoser, the Serapeum, and the Mastaba of Ti. If you are planning on visiting additional tombs then you need to plan more time. You can easily combine a visit to Saqqara with the Pyramids of Dashur.

In the year 2650 BCE, Pharaoh Djoser asked his chief architect, Imhotep, to build him a Step Pyramid. This is the world’s earliest stone monument and the symbol of the birth of Ancient Egypt. The Step Pyramid is 60m high and is surrounded by a vast funerary complex, enclosed by a 1645m-long paneled limestone wall.
Previously, temples were made of perishable materials, while royal tombs were usually underground rooms topped with a mudbrick mastaba. However, Imhotep developed the mastaba into a pyramid and built it in hewn stone. From this flowed Egypt’s later architectural achievements.

You enter the complex via a colonnaded corridor and a broad hypostyle hall. The 40 pillars in the corridor are bundle columns, ribbed to resemble a bundle of palm or papyrus stems. 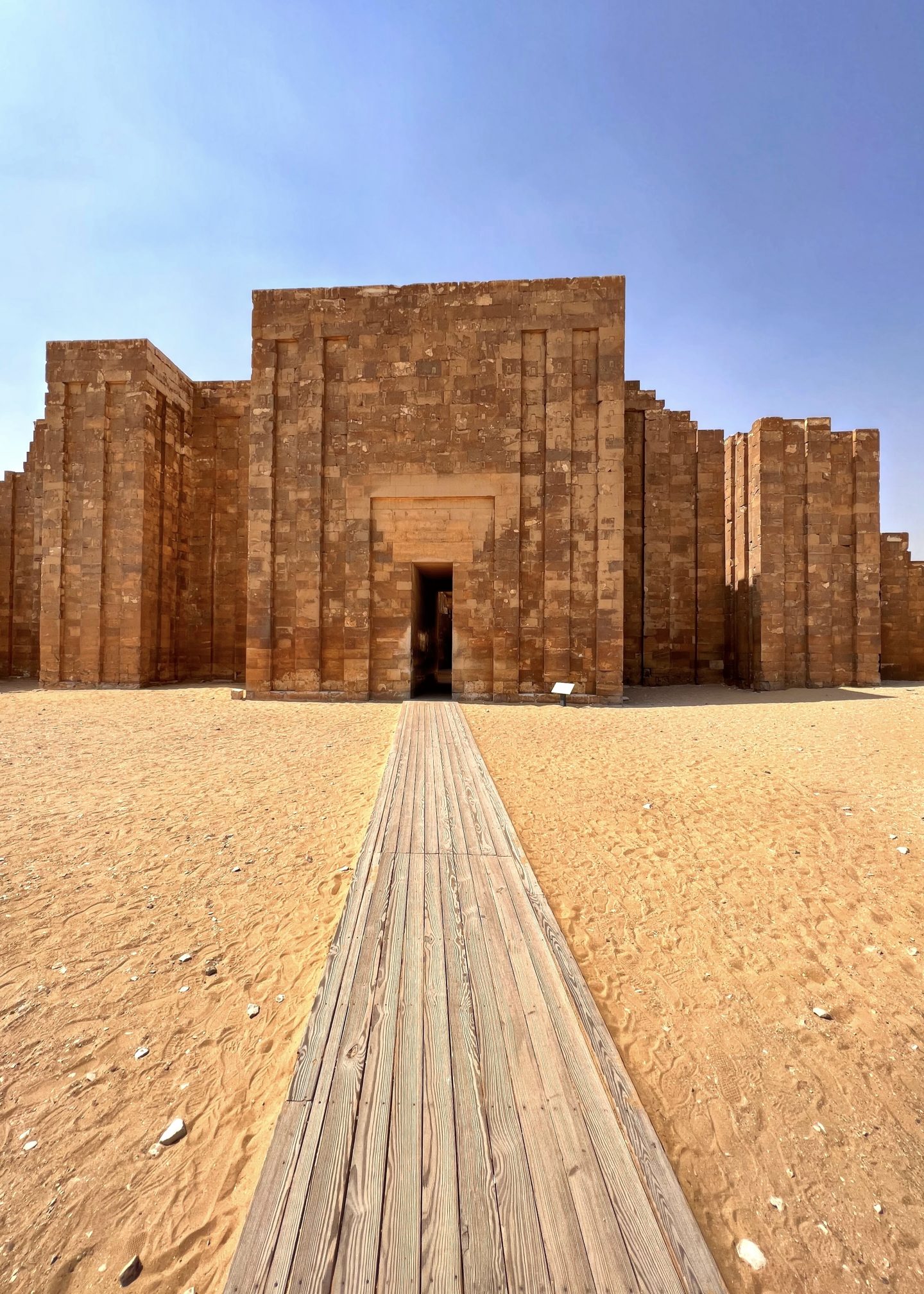 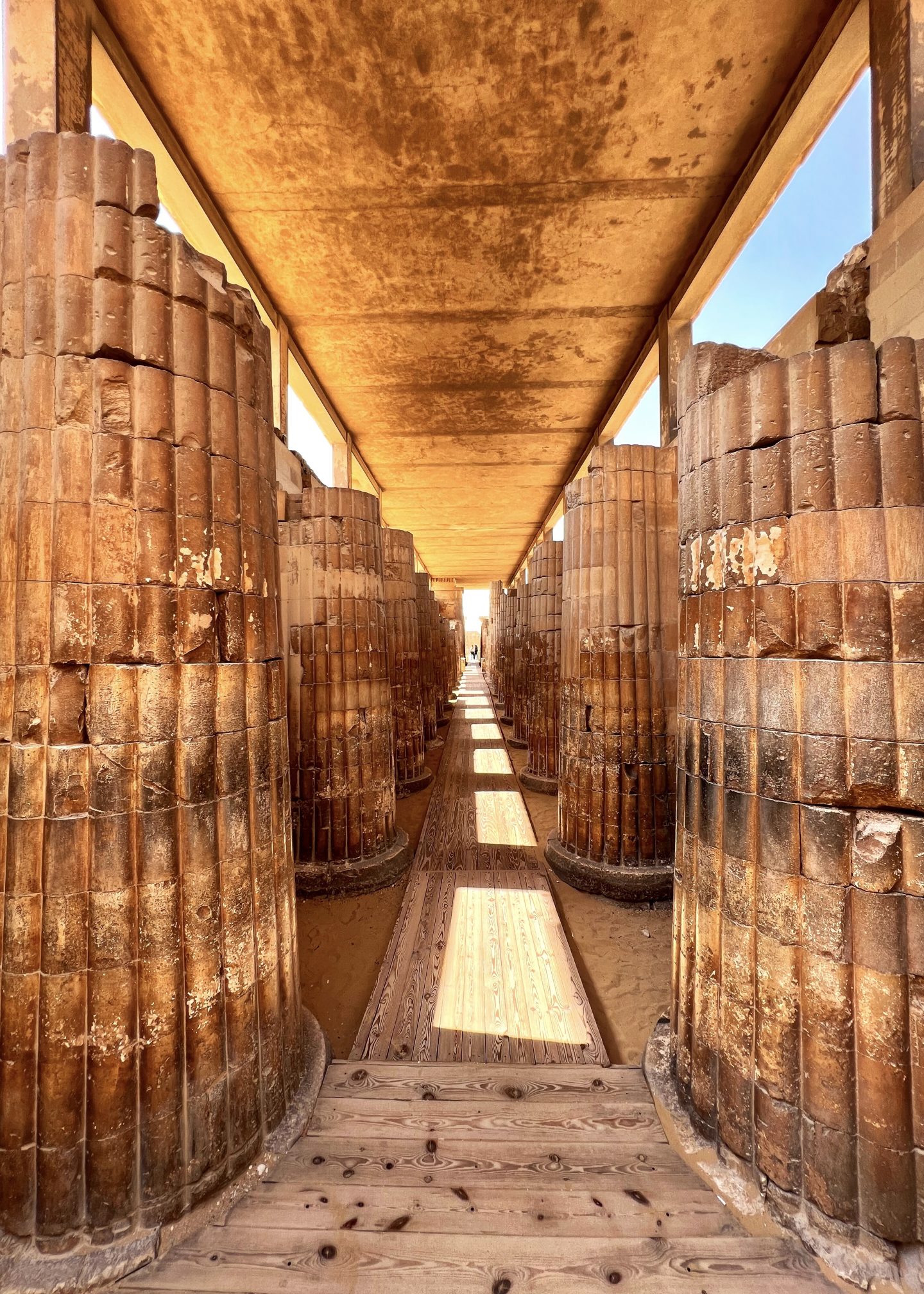 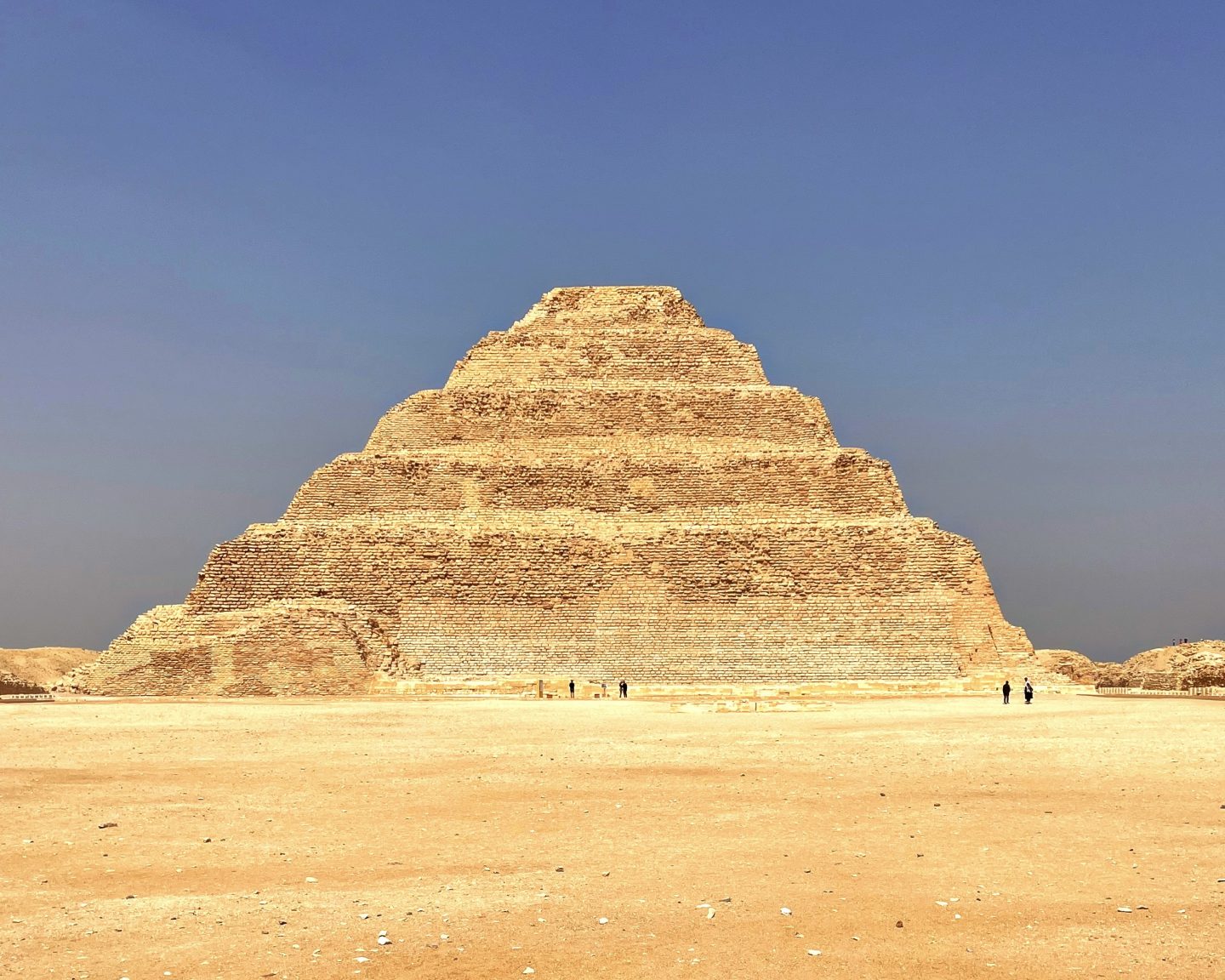 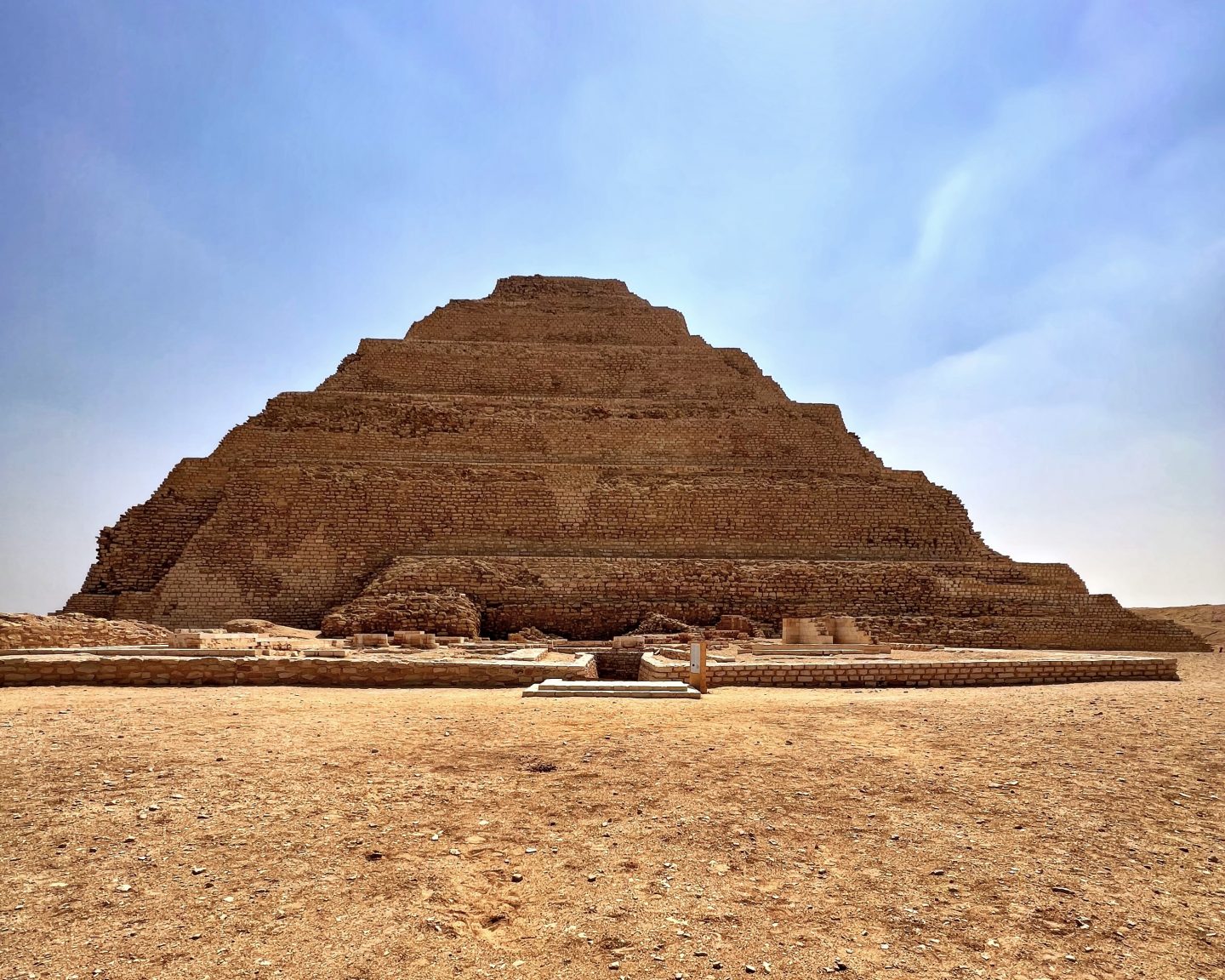 The Serapeum, dedicated to the sacred Apis bull, was one of the highlights of our visit to Saqqara. The first Apis burial took place in the reign of Amenhotep III (1390-1352 BCE.), and the practice continued until 30 BCE. When it died, the bull was mummified at Memphis, then carried in a stately procession to the Serapeum and placed in a huge stone sarcophagus. The enormous granite and limestone coffins weighed up to 80 tonnes each. The Apis was believed to be an incarnation of Ptah, the god of Memphis, and was the calf of a cow struck by lightning from heaven. The Apis bulls were by far the most important of the cult animals entombed at Saqqara.
The temple was discovered by Auguste Mariette. In 1851, Mariette found the head of a sphinx sticking out of the dunes, he cleared the sand and followed the avenue leading to the Serapeum. 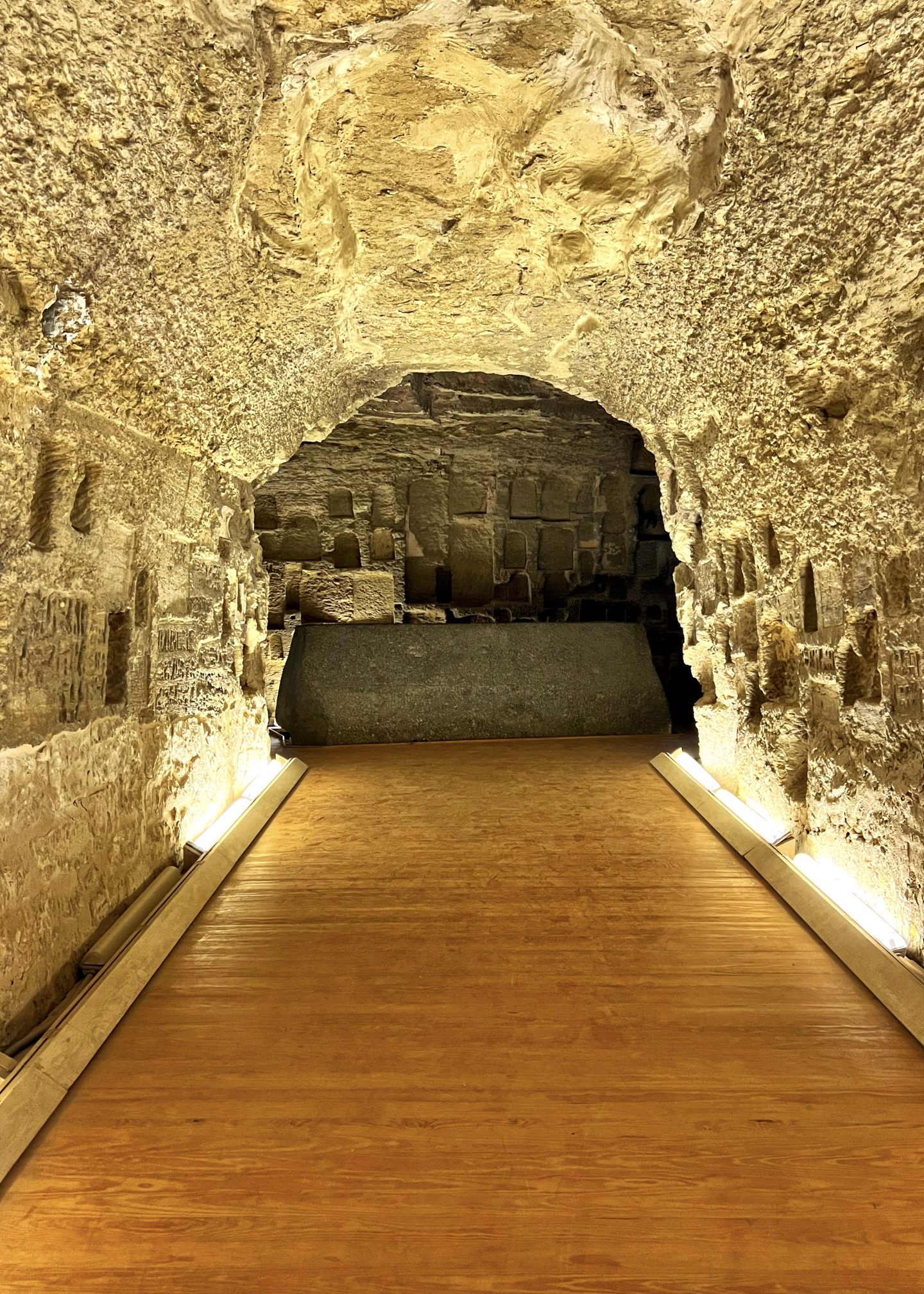 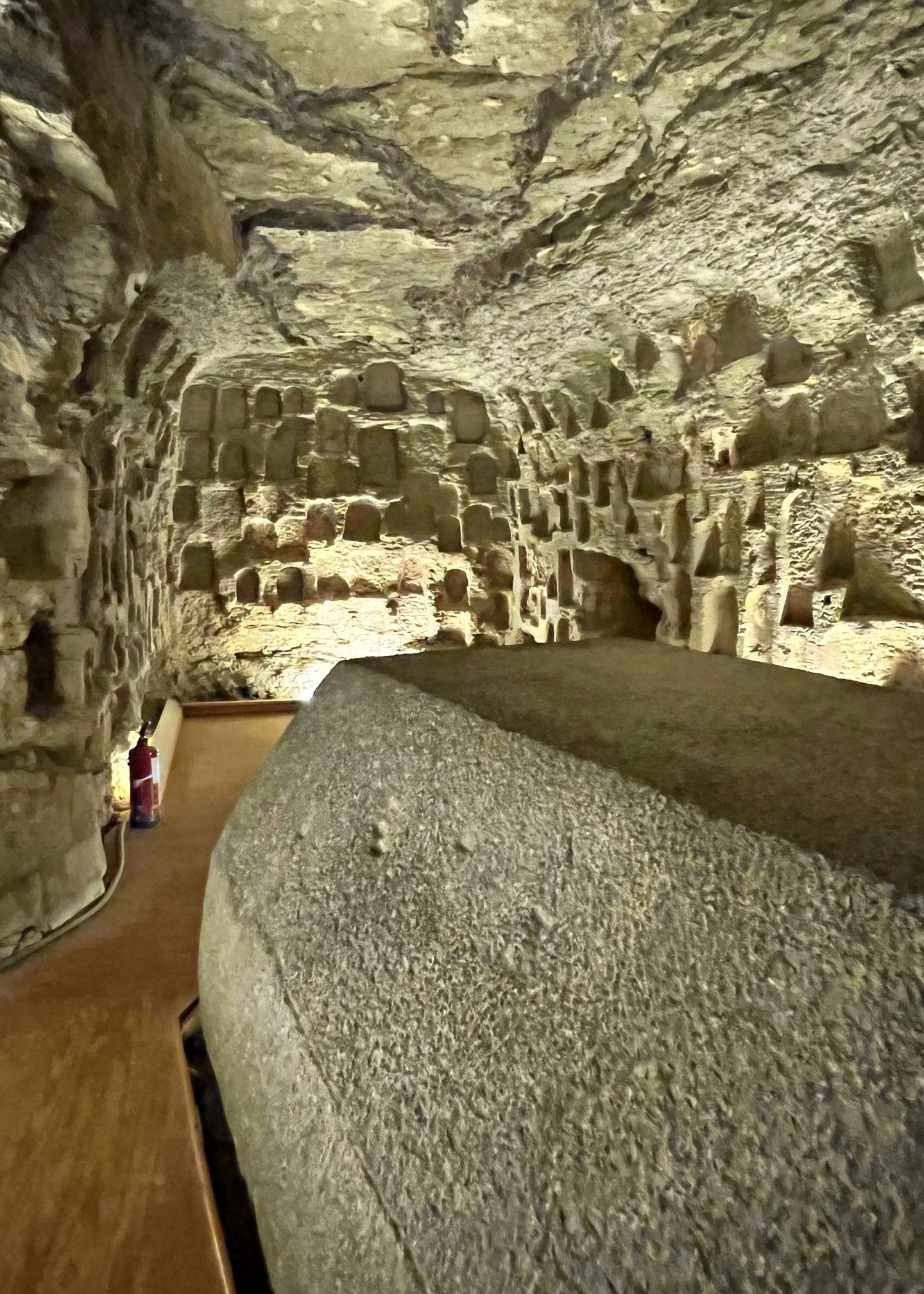 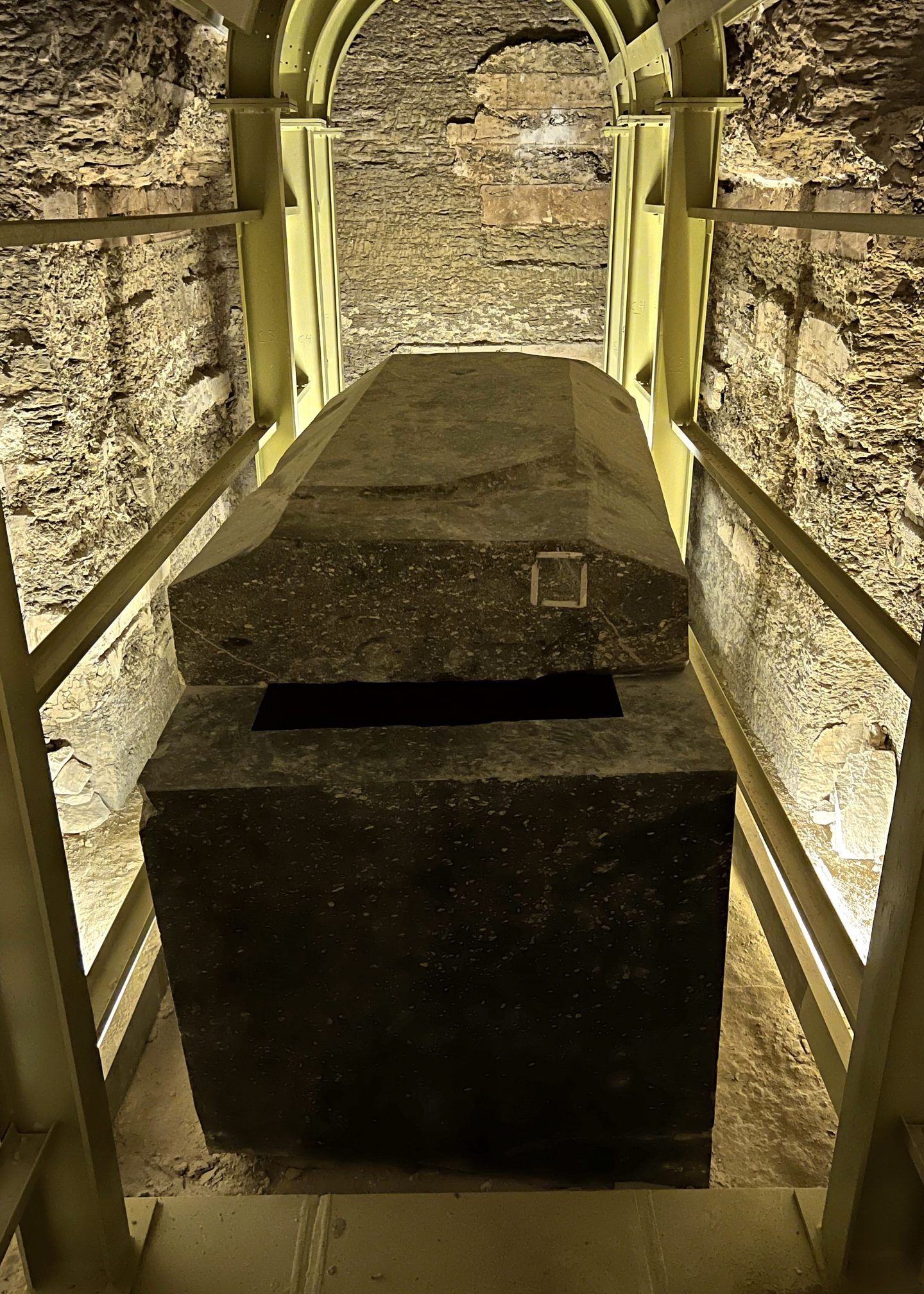 The Mastaba of Ti was discovered by Auguste Mariette in 1865. This grand and detailed private tomb is not only Old Kingdom art at its best but also one of the main sources of knowledge about life in the Old Kingdom of Egypt. Its owner, Ti, was overseer of the Abu Sir pyramids and sun temples during the 5th dynasty. A life-size statue of the deceased stands in the tomb’s offering hall. Ti’s wife, Neferhetpes, was a priestess and royal acquaintance. Together with their two sons, they appear throughout the tomb alongside detailed scenes of daily life. You will see scenes of men and women working on the land, preparing food, fishing, building boats, dancing, trading, and avoiding crocodiles. 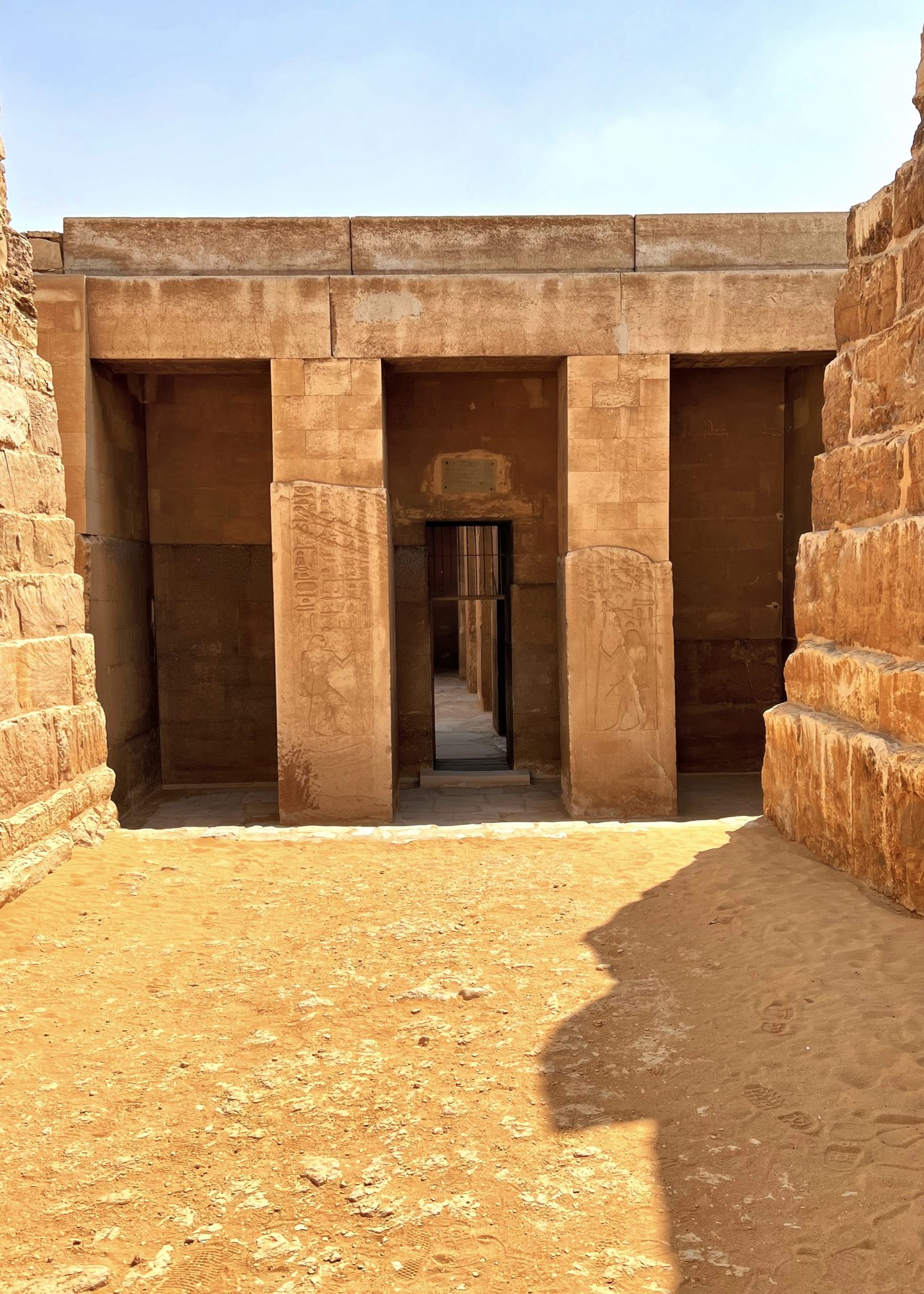 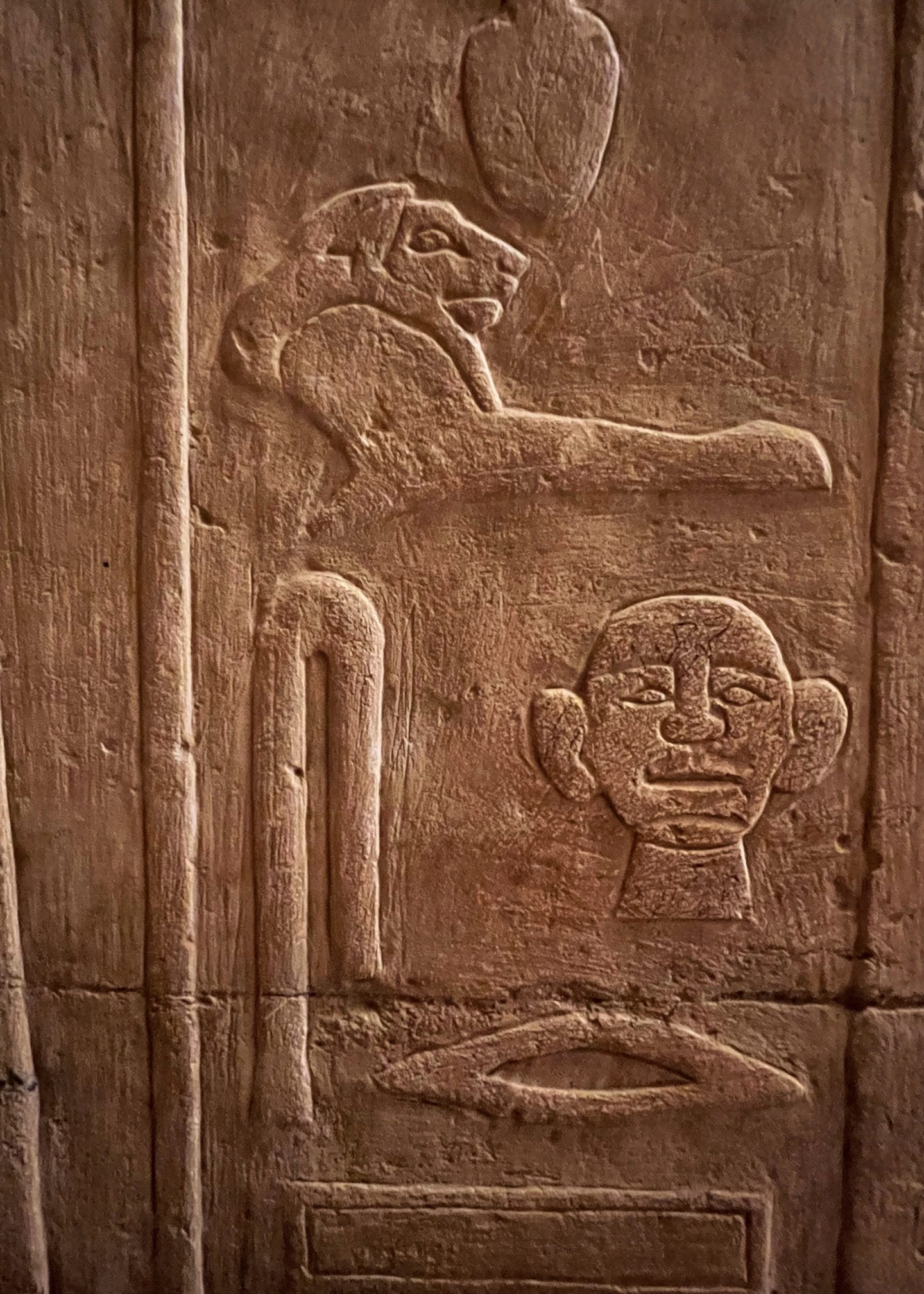 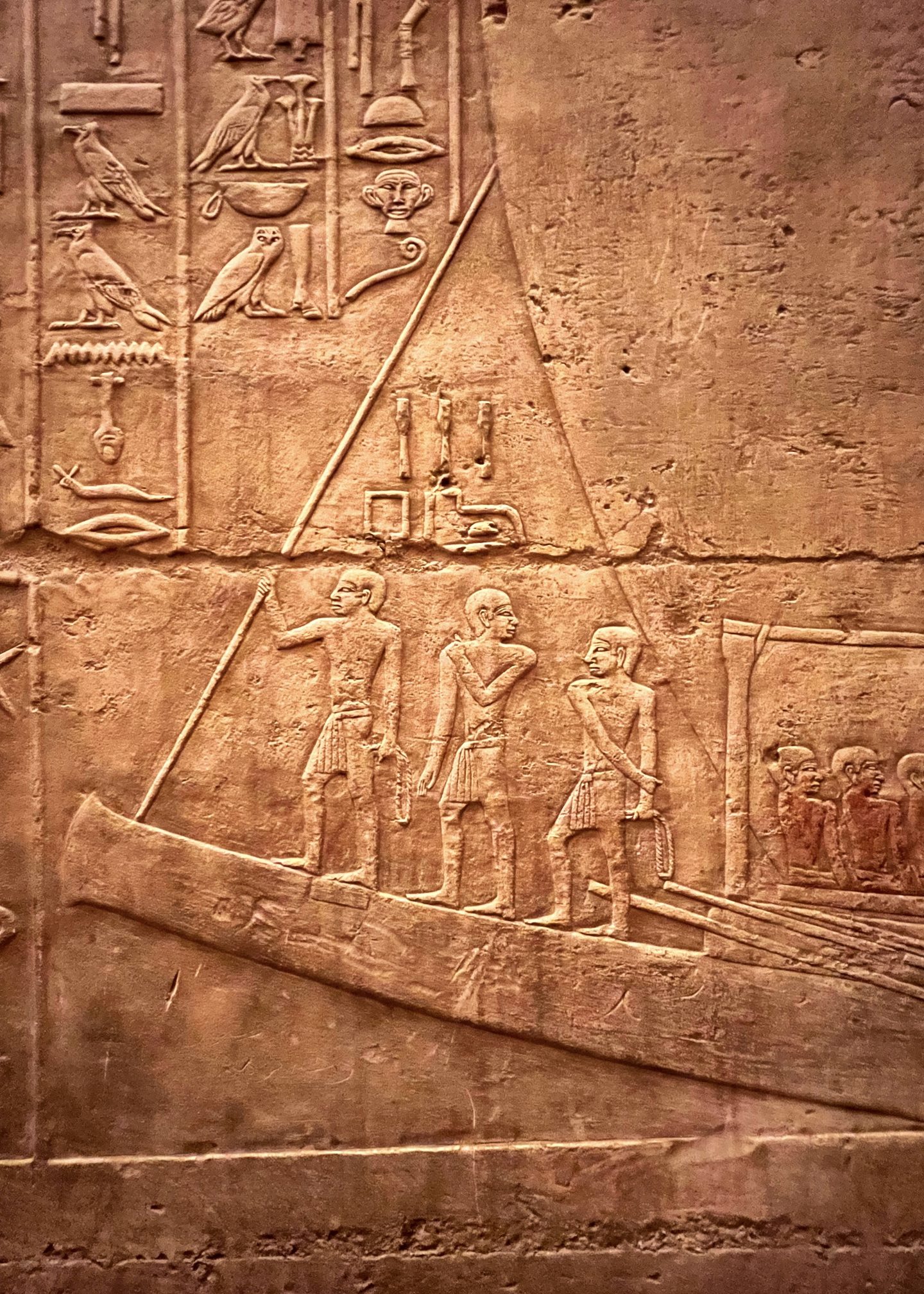 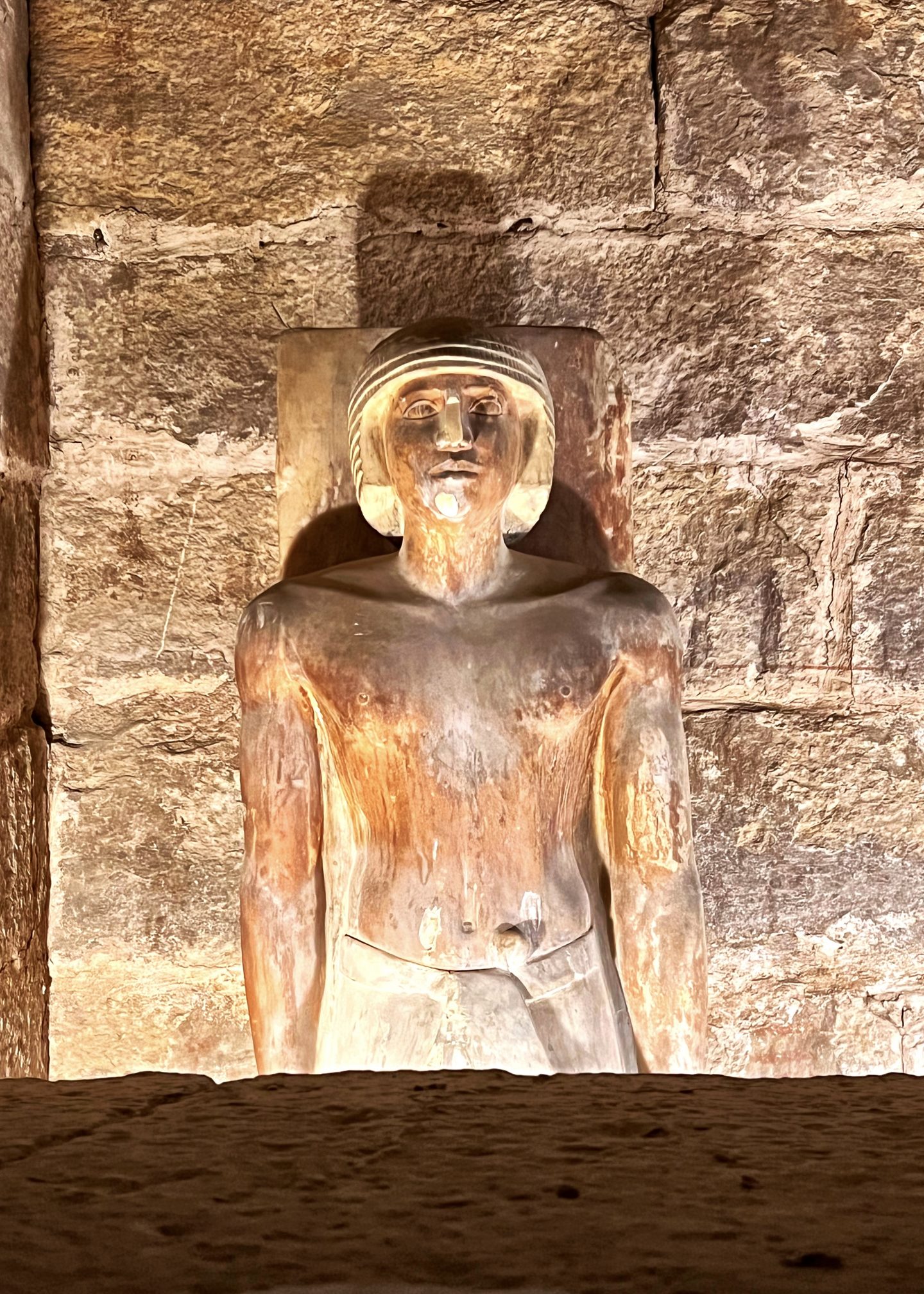 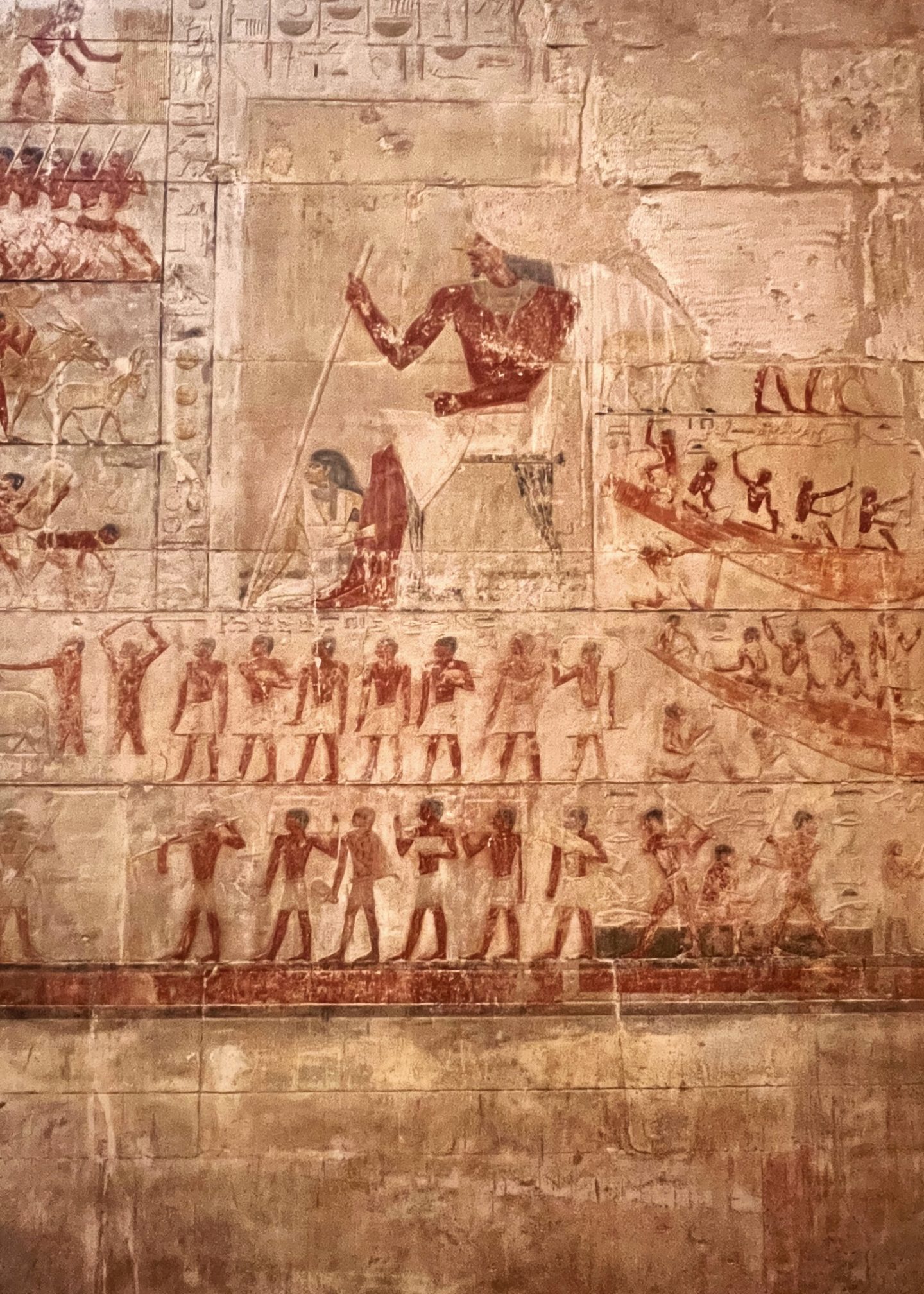 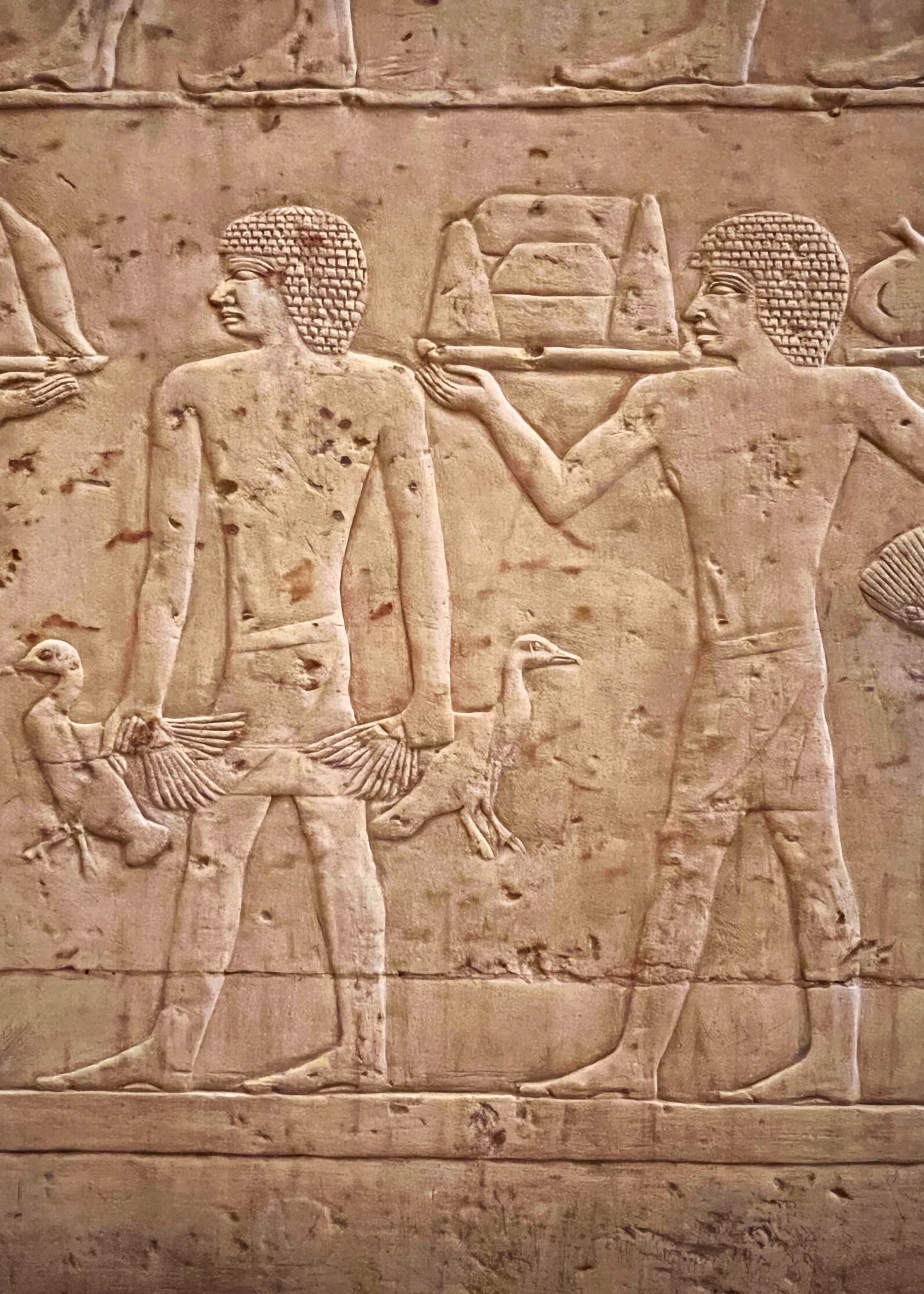